Elsinore was William Shakespeare’s anglicization of Helsingør, Denmark, which he chose as the setting for Hamlet c. 1601. Whoever named this street may have been a fan of the bard, or else borrowed the name from (Lake) Elsinore in Riverside County. That Elsinore, founded in 1883, was definitely inspired by Hamlet; the town’s cofounder Margaret Collier Graham (1850-1910), a short story writer, is credited with naming it. (See Wildomar Street for more on her.) Echo Park’s Elsinore Street was born Ivers Avenue in 1887; it was named after Oliver A. Ivers (1860-1902), a lawyer-turned-oilman who lived on the street and also co-owned the Golden Gate and Golden West Heights tracts with John S. Maltman. Presumably the street was renamed (in 1907) because Lake Elsinore was a popular hot springs resort at that time. 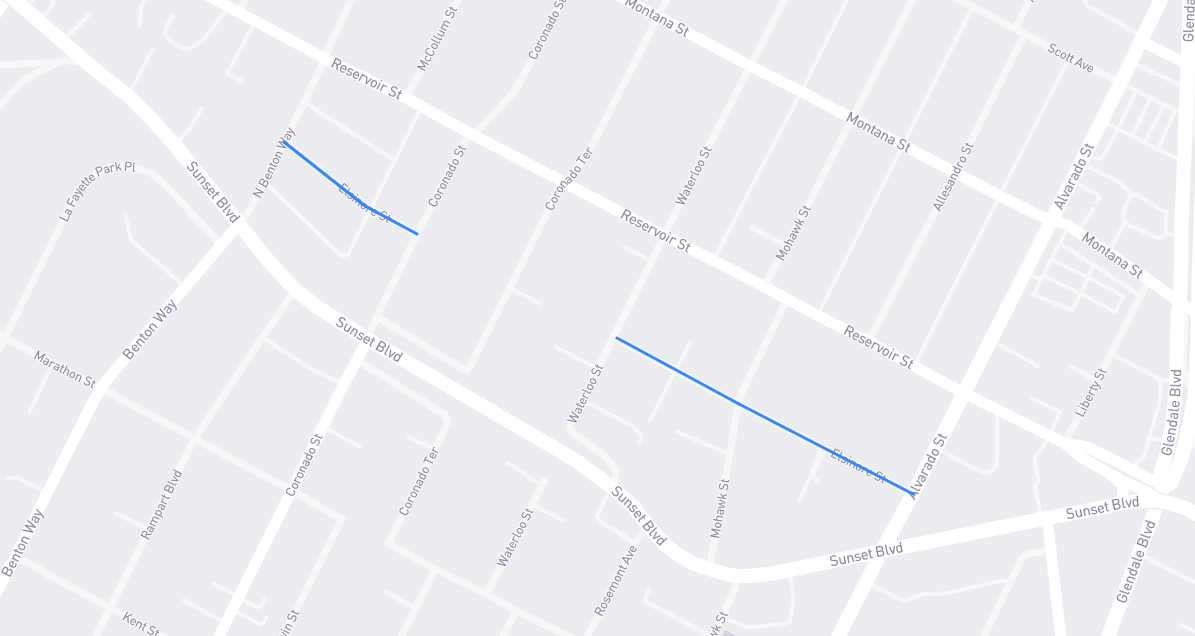