Santa Monica has no unlucky 13th Street; it’s called Euclid instead. This wasn’t always the case. The city was content with its 13th Street until 1907, when property owners petitioned the Board of Trustees to rename it. Although the trustees expressed “considerable amusement” at this superstitious request, they obviously granted it. So… why Euclid? Well, although there are streets named after the ancient Greek mathematician all over the U.S. (and plenty in L.A. County: see Euclid Avenue), and Euclid’s landmark geometry tome Elements did consist of 13 books, in this case Santa Monicans wished to honor city councilman J. Euclid Miles (1851-1924), who was up for reelection at that time. (He won.) Miles was an Ohioan who invested heavily in Santa Monica real estate, and gave back generously to his adopted city. 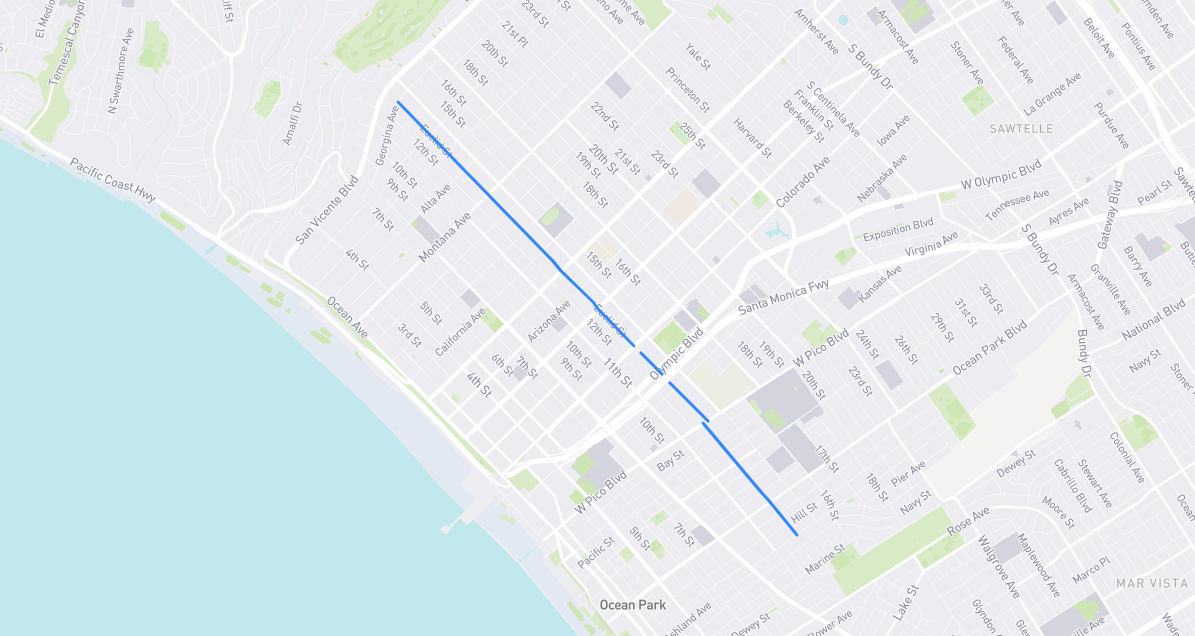