This street was laid out in 1941 in the Marlow-Burns tract, one of the four tracts that created the Westchester neighborhood. (For more about developers Fred Marlow and Fritz Burns, see Marburn Ave.) Airlane was the “A” in an alphabetical formation of aviation-themed avenues, four of which disappeared under parking lots in the late 1970s: Goebel, named for stunt pilot Arthur “Art” Goebel; Hoxey (sic), for high flyer Archibald Hoxcey; Ingleport, a portmanteau of “Inglewood” and “airport”; and Kellyfield, for the Air Force base in San Antonio, TX. Airlane, Bleriot, Croydon, De Haviland, Earhart, and Fleetwing remain in their original positions, while Jenny became a parking lot access road. 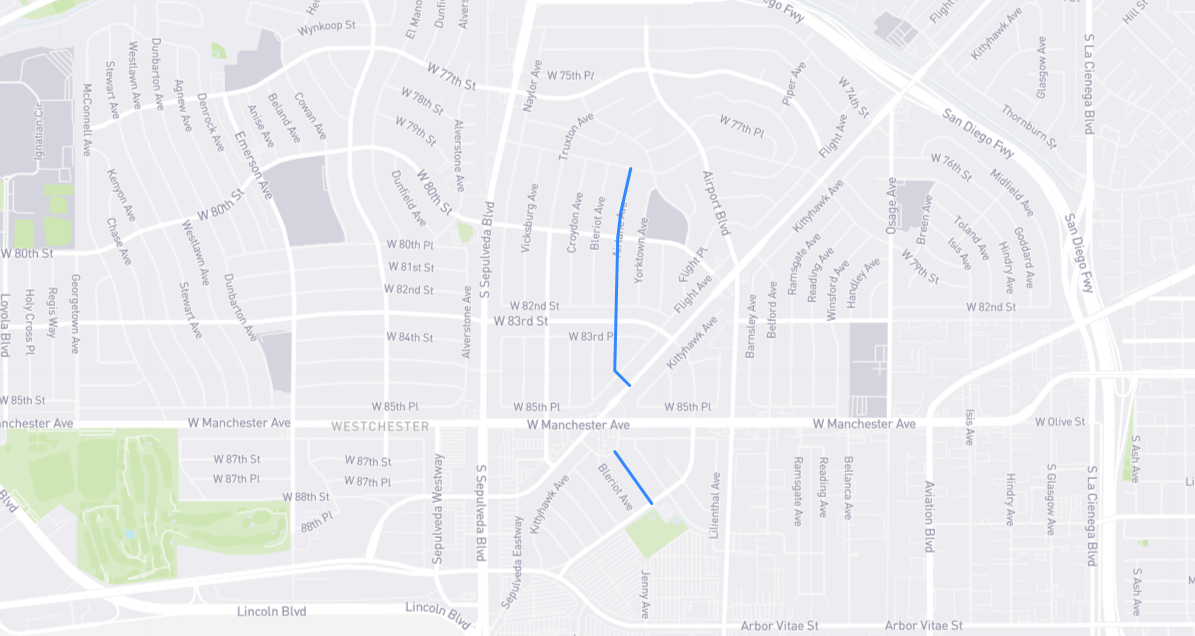