This street isn’t named for a woman but for an airplane. Jenny Ave. was originally laid out in 1941, a little northwest of its current location, as the “J” in an alphabetical series of avenues (Airlane, Bleriot, Croydon, etc.). In fact its original name was Junkers Ave., in keeping with the neighborhood’s aviation theme. Junkers (pronounced “YOON-kers”) was a German aircraft manufacturer. When America entered World War II, Junkers didn’t make for a very patriotic street name, so it was changed to Jenny in January 1942. (That’s also when Fokker Ave. became Fleetwing.) “Jenny” was the nickname of the Curtiss JN biplane flown by American pilots in WWI. Jenny Ave. was moved to the middle of LAX parking after the lots swallowed up its original location in the late 1970s. 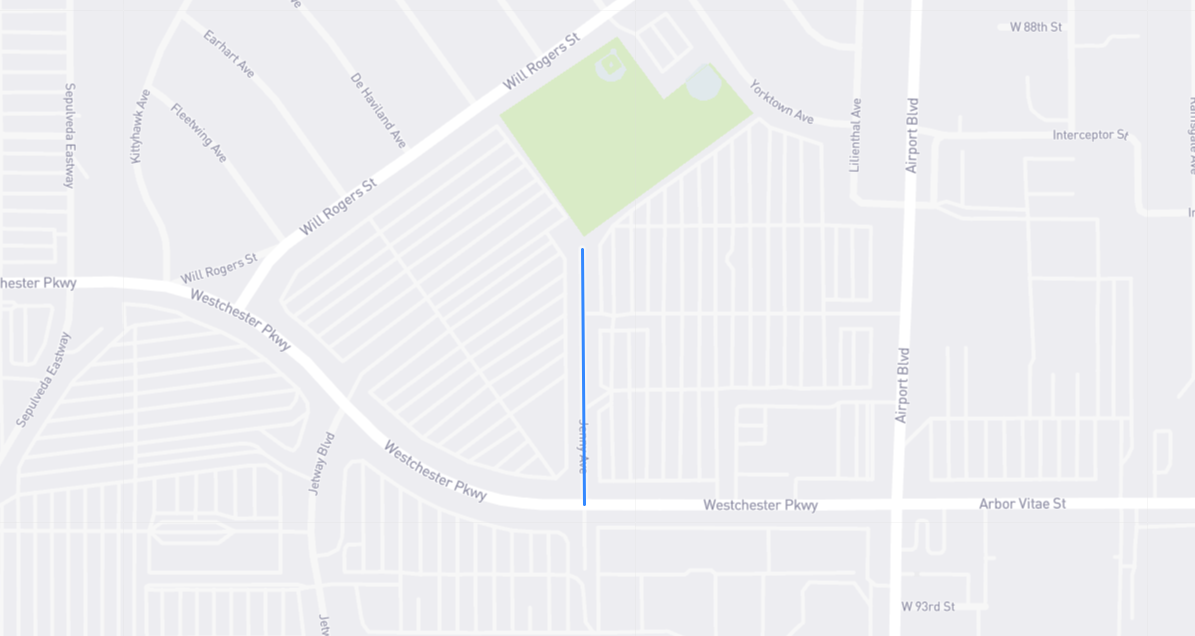