Gateway to what? Why, the Pacific Ocean, of course. At least that was the idea set forth in 1924 by county regional planning commissioner Hugh Pomeroy, who wanted Gateway a.k.a. Pacific Gateway Boulevard to go from Pico to a planned extension of Rose, forming a diagonal shortcut between Sawtelle and Venice. (Keep in mind that much of West L.A. hadn’t been developed yet.) Rose was never extended according to Pomeroy’s plan, so in 1926, Venice boosters hoped to extend California Avenue to meet Gateway. They failed too. During all this time, Gateway dead-ended at Granville while Ocean Park Boulevard stopped at Centinela. It wasn’t until 1938 – fourteen years after Gateway was first laid out – that the 0.3 mile gap between the two streets was finally closed. 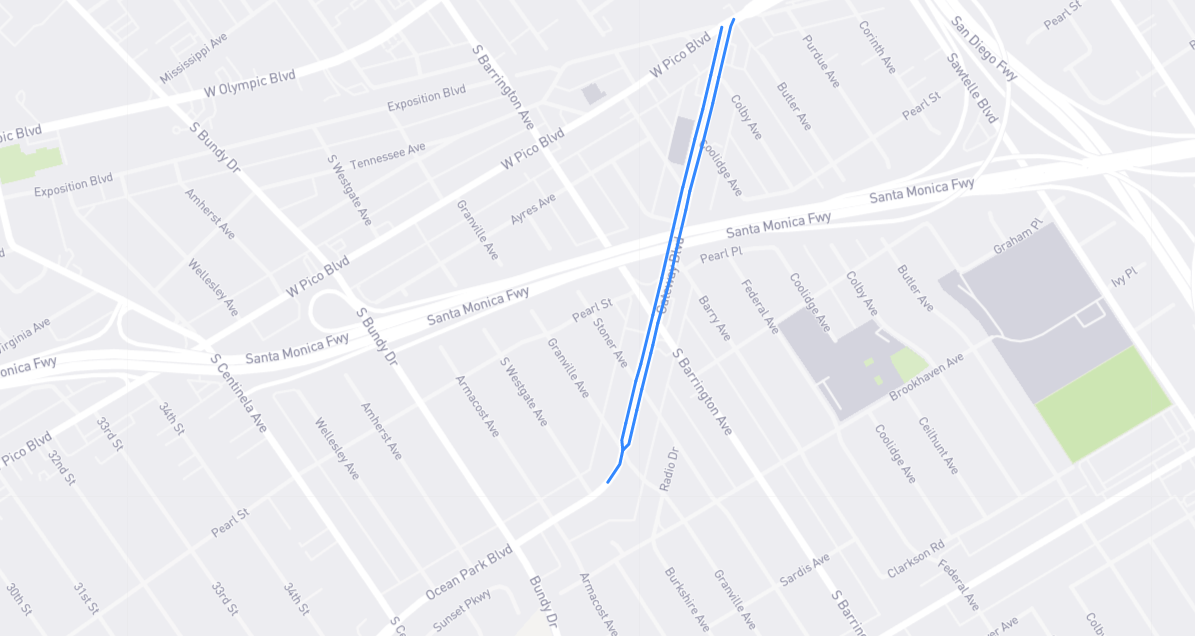