Named for Azusa farmer John Turberville Gordon (1826-1916) as his reward for helping establish Pomona. Officially, Gordon was VP of the syndicate that founded the town in 1875 – the Los Angeles Immigration and Land Co-operative Association – but he was most likely just an investor. What we know of Gordon’s early life comes from his obituary, which hailed him as “Azusa’s most distinguished citizen.” He was born in Washington, D.C., became a sailor boy at fourteen and remained at sea for five years; obtained a law degree in the 1850s; sided with the Confederates during the Civil War and was purser on a supply ship for them; finally settled in Azusa in 1870. He was that town’s first justice of the peace, but his primary interest was beekeeping. In 1875, he married Emma Jane Gordon (1845-1922; her maiden name was Gordon) and had three children with her. Gordon gave up bees for citrus trees in the 1880s. 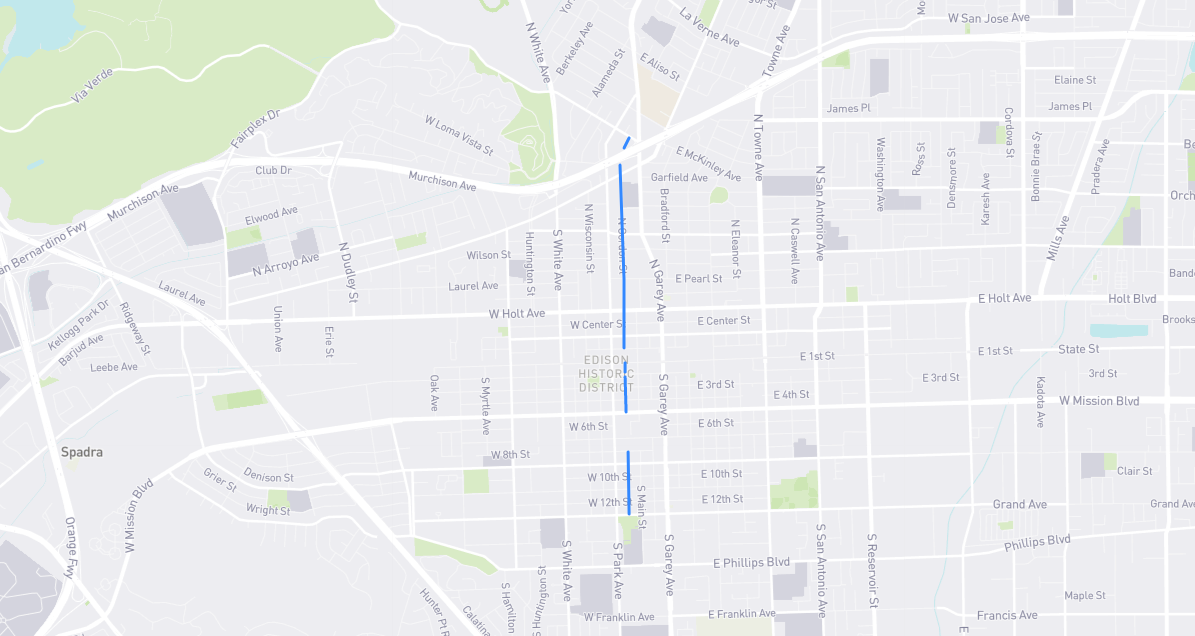