(Mis)named for Henry Hammel (c. 1834-1890), a German immigrant who came to Los Angeles in 1850 and partnered with fellow Teuton Andrew H. Denker (1840-1892) on numerous ventures, chief among them the United States Hotel in DTLA. Hammel also served on the Los Angeles City Council. So why does he have a street in Beverly Hills? Because in 1883, he and Denker purchased the Rancho Rodeo de las Aguas – the future BH. Here they grew numerous vegetables (not just lima beans, as claimed) while dreaming of transforming the vast rancho into a town called “Morocco”. Alas, both died before they could realize that dream, and in January 1906 their heirs sold the land to a syndicate led by Burton Green, who would rechristen it Beverly Hills by September. Hamel Road/Drive was named in 1924 memory of Hammel – but where did that second “m” go? Well, someone either forgot how the name was spelled or purposely misspelled it to avoid postal conflicts with Hammel Street in Boyle Heights. 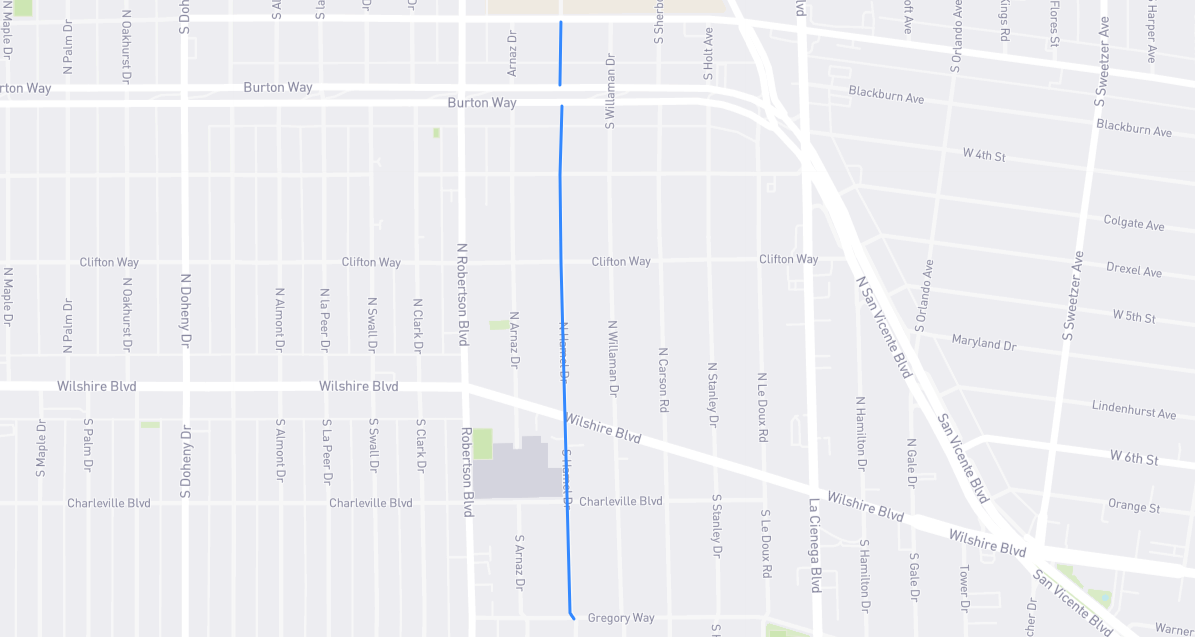