Named for someone who only briefly lived in Los Angeles, if at all: Hobart A. Stewart (1868-1915), a dairy farmer from Flint, MI. He was a nephew of Mary Elizabeth Moore (1842-1915) and her brother Charles Victor Hall (1854-1933), who in 1887 subdivided their property northeast of Western and Jefferson and named the street then. (Halldale and Dalton avenues were also born on this tract.) Stewart was deeded a house at 29th and Halldale in 1893 but was back in Michigan within two years. At any rate, this street was originally called Hobart Avenue; it became a “Boulevard” in 1902. As for its namesake, Hobart A. Stewart met a tragic end: while transporting milk cans from his farm in Thetford Township, MI, his automobile was struck by a streetcar. Hobart’s vehicle was reduced to “a shapeless mass of junk” and so, presumably, was Hobart. 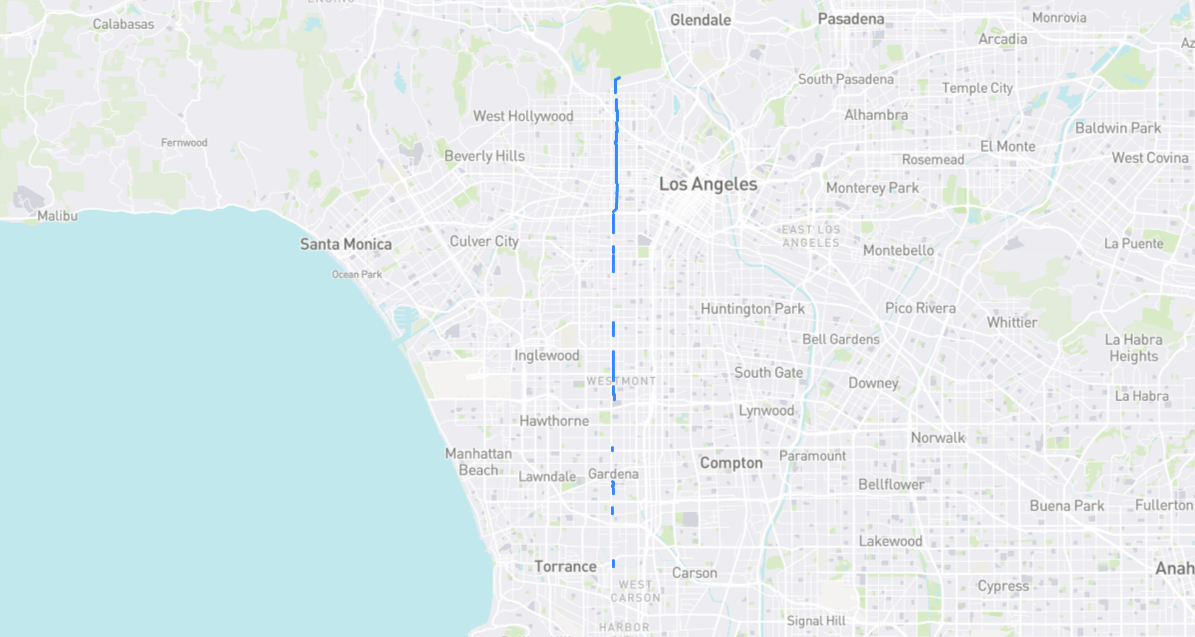