The town of Inglewood was founded in 1887 by Daniel Freeman, but some historians believe it was named by a sister-in-law of Inglewood/Redondo Beach developer Nathan Randolph Vail after her hometown in Canada. However, while Vail’s two known sisters-in-law were Nova Scotians, that province’s Inglewood – so small it barely even rates as a community – is some 70 miles away from either woman’s hometown. And the Canadian-born Freeman hailed from Simcoe, Ontario – 80 miles away from that province’s own Inglewood. In short: anecdotes aside, we don’t know the inspiration for our Inglewood’s name. As for this street, it was originally called Damask Avenue. Although Inglewood Ave. was mentioned as early as 1900, Damask wasn’t officially rechristened until 1933. Only one block retains the old name – just north of Inglewood city limits. 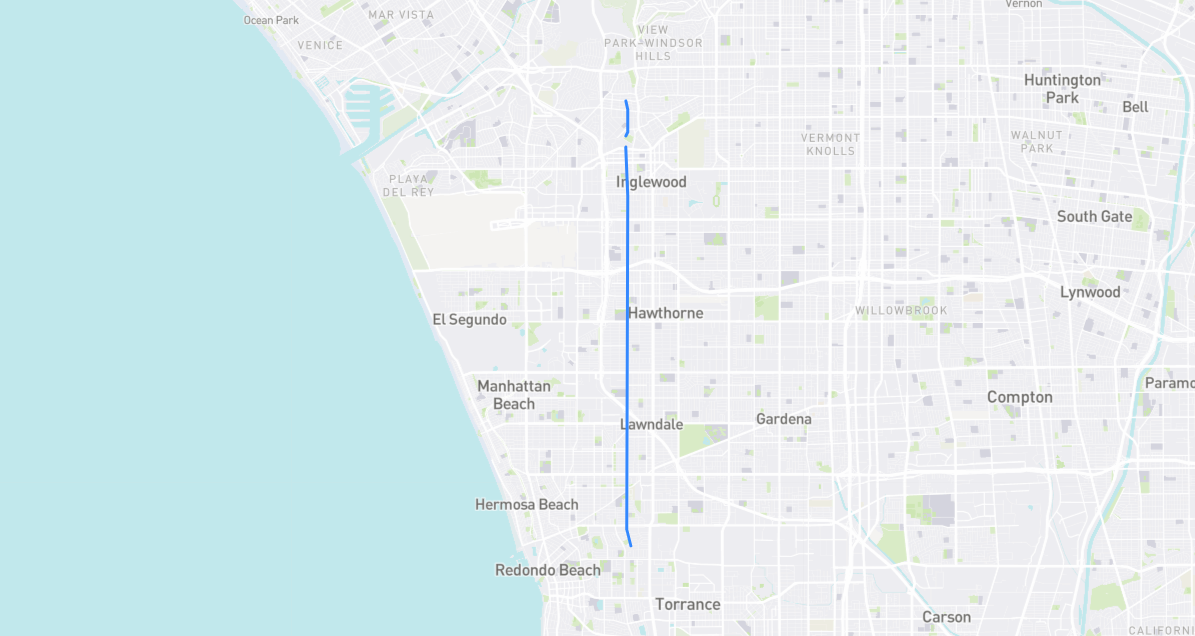