Named for legendary boxer James Jackson “Jim” Jeffries (1875-1953). Born in Ohio, Jeffries came to L.A. with his family when he was around 7 years old. Here he learned to box, and in 1899 he claimed his first world heavyweight champion title, which he kept for six years. After a disastrous comeback in 1910 – see the first Jeffries Ave. in Cypress Park for more on that bloody chapter in American history – Jeffries retired to raise thoroughbred bulls on his 60 acre ranch here in Burbank. The Jeffries Barn, located across from his house at present-day Buena Vista and Victory, became a popular venue for boxing and professional wrestling. The barn was moved to Knott’s Berry Farm after Jeffries’s death and is now a private venue. Burbank’s Jeffries Avenue was named in 1923. 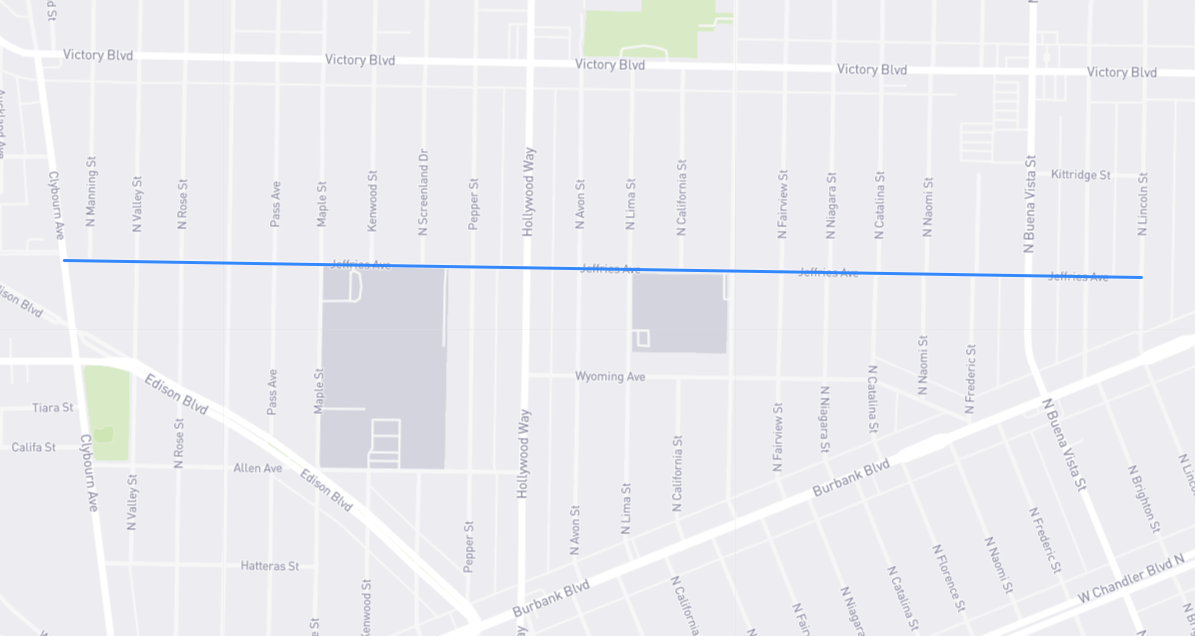