Named in 1921 for Belle Keith Ramage (1880-1944) by her veterinarian/realtor husband Adam (see Ramage Street). Born Eliza Belle Keith and nicknamed “Bea”, she grew up in the small town of Traer, Iowa. There she worked as a teacher before moving to Los Angeles in February 1912 to marry Ramage after a month-long engagement. Ramage hailed from Canada and was living in Riverside at the time. How did these two even meet? There are no clues; an Iowa newspaper said simply, “The groom is not known here.” The Ramages, who had four daughters and a son, split their time between Richmond, CA and various Inland Empire cities until around 1919, when they settled near Melrose and Western. They moved to Pasadena by 1926 and spent the rest of their lives there. 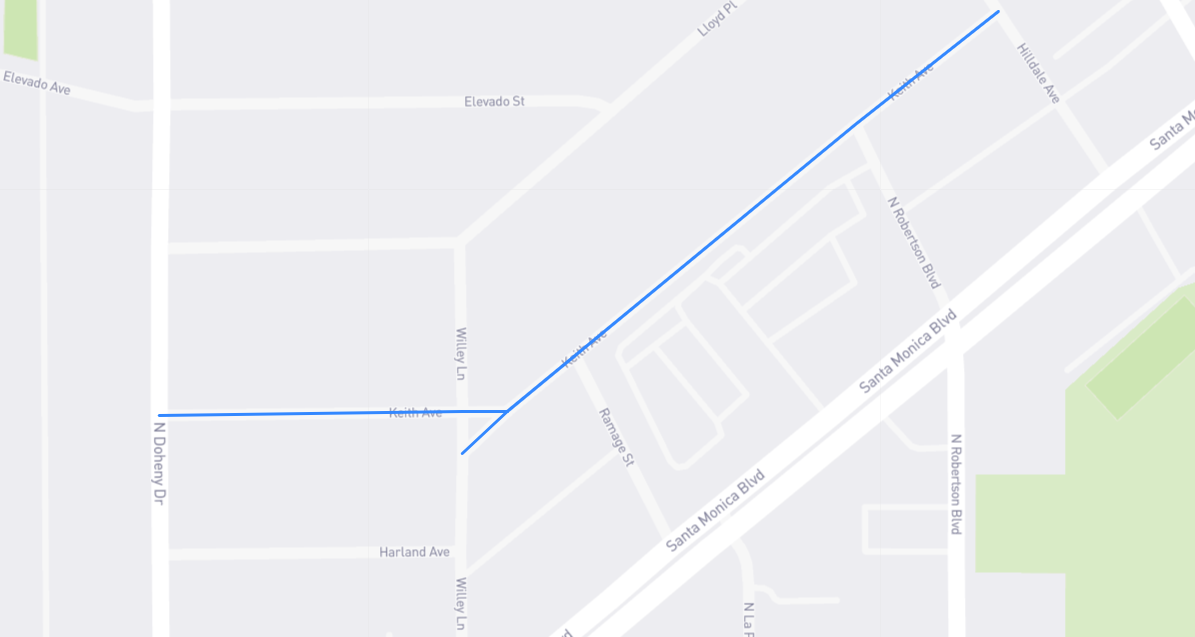