Named in 1921 by and for Dr. Adam Luther Ramage (1870-1948), realtor, missionary, and veterinarian. Ramage was born in rural Ontario, Canada and received his DVM at the Ontario Veterinary College. He had immigrated to California by 1901, when he was working as a vet in Riverside. Ramage married Belle Keith, an Iowa schoolteacher, in 1912 and spent the next few years doing both veterinary and real estate work in Richmond, CA and various SoCal locales including San Bernardino, Banning, and El Centro. The Ramages were in L.A. by 1919 but lived miles away from their small West Hollywood tract (which also introduced Keith Avenue, using Belle’s maiden name). They moved to Pasadena in 1926 and Ramage became superintendent of that city’s Union Mission, aiding the poor and hungry. The 1940 census, however, indicated that he had returned to real estate. 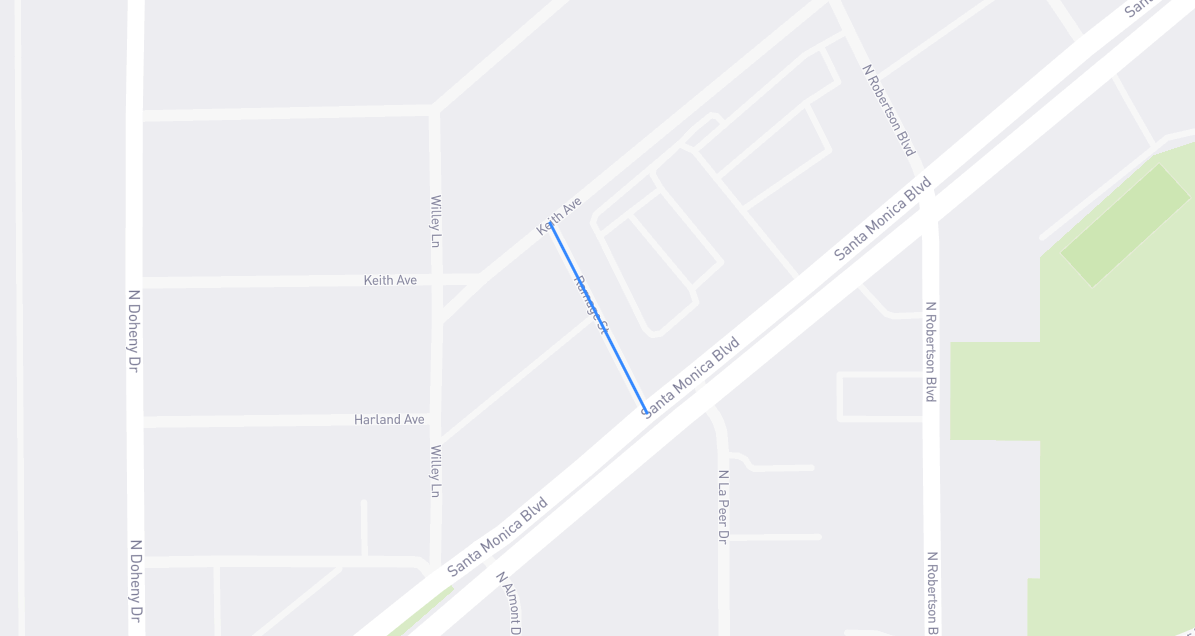