In 1996, a block of Berendo Street was renamed for Lafayette Ron Hubbard (1911-1986), founder of the Church of Scientology. As the only child of a Navy officer, Hubbard grew up all around the country. While settled in Washington, D.C. in the 1930s, he began writing short stories and novels, which eventually earned him a living. He then published his bestseller Dianetics in 1950 and began lecturing in Los Angeles that summer. Hubbard established the Church of Scientology in late 1953-early 1954; by 1955, the church had an office in Hollywood. It has owned the big blue building along L. Ron Hubbard Way since 1977. (It was previously the Cedars of Lebanon Hospital, which closed the year before.) The church’s petition to rename this bit of Berendo for its beloved “Commodore” was met with little resistance: City Council voted 8-3 in favor of it, with four council members conveniently absent for the vote. Thanks to the Scientologists, L. Ron Hubbard Way is one of the only brick-lined streets in L.A., after Olvera Street and Powers Place. 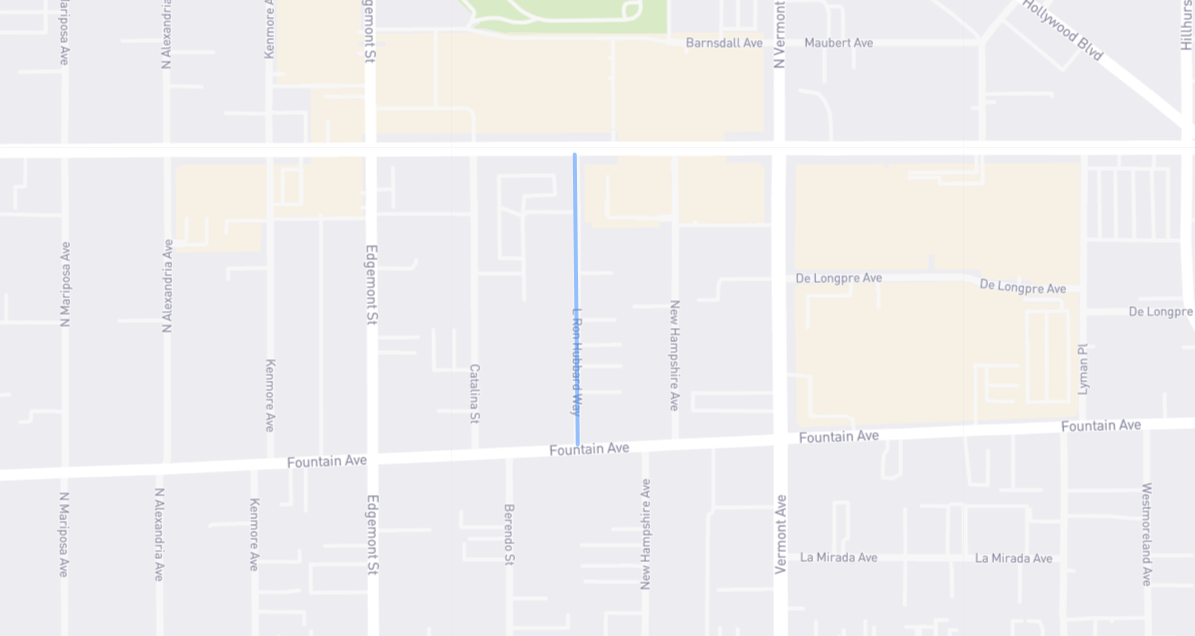