This street’s name appears to be a misspelling of “Strathearn”, which would refer to the old Simi Valley ranch of Robert Perkins Strathearn (1853-1928). What’s its relevance to the San Fernando Valley? Well, I’ll tell you. In 1916, a number of east-west streets in the newly-annexed SFV were renamed after Ventura County locales. 2nd Street, for instance, became Moorpark Street. 6th became Oxnard, 10th became Saticoy… and 11th became Strathern. It may seem a stretch, but R.P. Strathearn, a native of Scotland, was then one of the largest landowners in Simi Valley, with property spreading out over 15,000 acres. For L.A. civil engineers combing Ventura County maps for ideas, Simi’s enormous Strathearn ranch would have stood out – and city planners had a fondness for Scottish names anyway. 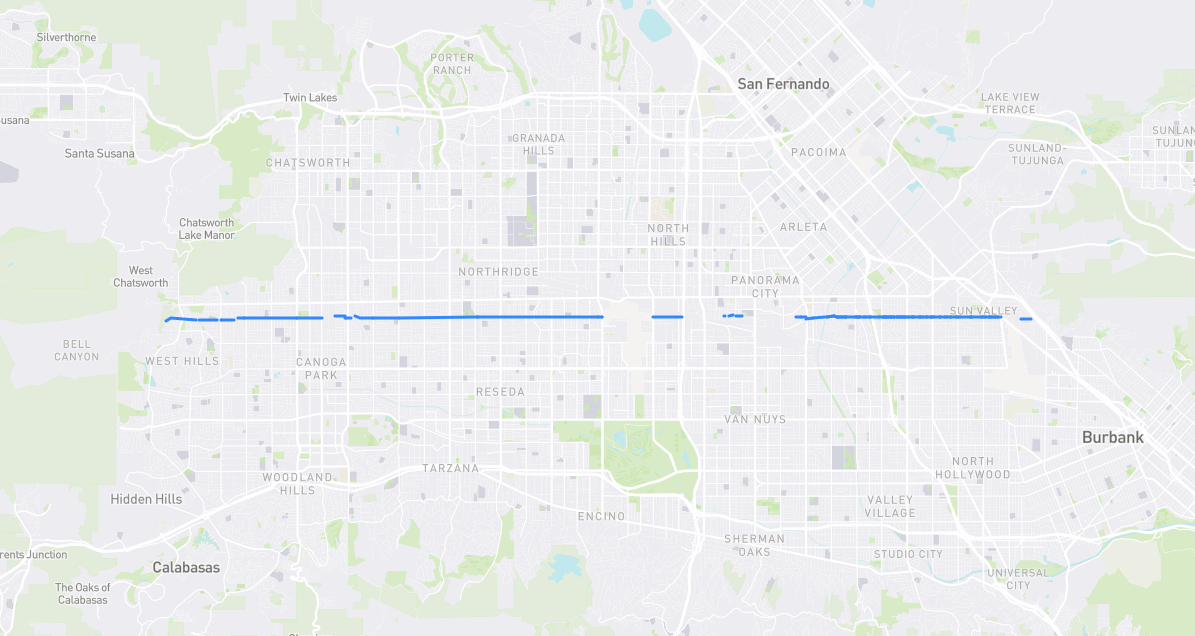