Lillian Way was named in 1910 on the Seneca Heights tract, owned by Senator Cornelius Cole and sons as part of their Colegrove townsite. Every other street in the tract had a Cole-related name – Willoughby, Waring, Vine, etc. – but I found no Lillians in their family tree. At least two Lillians have claimed to be this street’s namesake, according to their obituaries: Lillian Hauenstein (1873-1953) and Lillian Nesbit (1892-1984). The former, born Lillian Kettle, was part of a Kansas farming family who settled in Colegrove in the 1880s; she married German butcher Louis Hauenstein in 1896. The latter, born Lillian Grass, was the popular daughter of Joseph and Eulalie Grass, New Orleans transplants who were major Hollywood subdividers in the early 20th century. The Grasses laid out a different Lillian Way on their Hollywood Vista tract in 1908 – it became part of Yucca (at La Brea) in 1912. I thus elect Lillian Kettle Hauenstein as the more likely namesake of this Lillian Way. 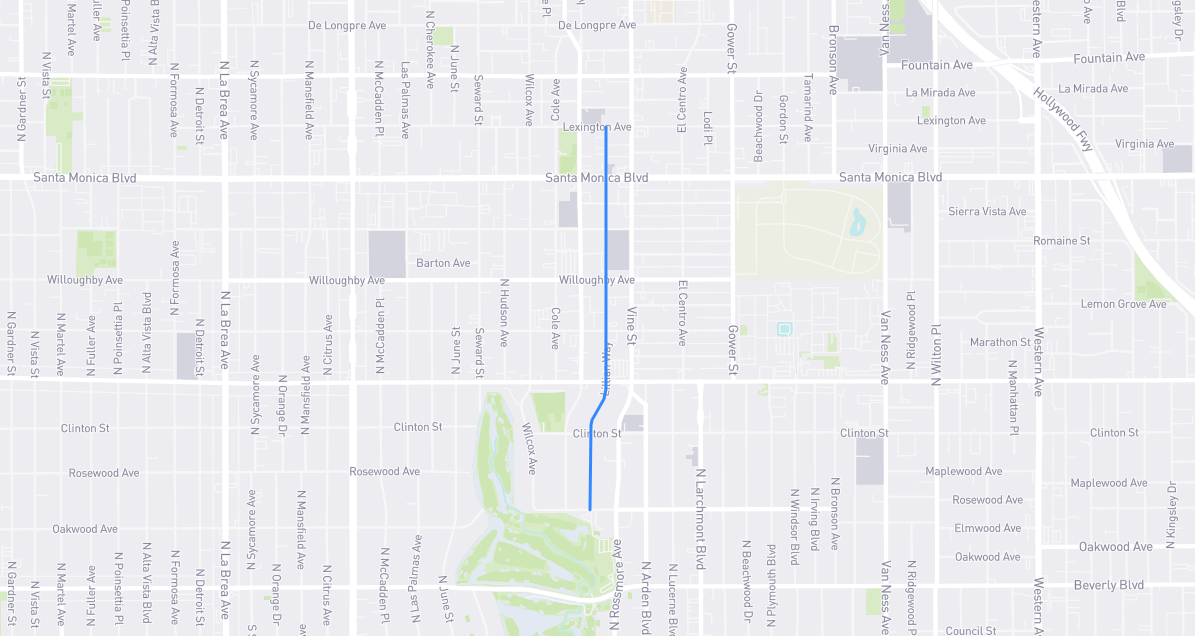