The Montana tract was laid out in 1886-1887 on the eastern shore of Echo Park Lake – then just plain old “Reservoir Site No. 4″. The tract was owned by Canadian-born bachelor businessman Thomas Kelley (c. 1836-1906) and his investors George W. King, Joseph Hyans, William LeMoyne Wills, and the bombastically-named Gustavus Adolph Fudickar. In fact present-day Echo Park Avenue – at least the bit next to the lake – started out as two streets: Montana and Laguna avenues, Spanish words that referenced the tract’s “mountain” and “lagoon”. (The upper portion of Laguna Ave. still exists.) The Montana Street you know today was added as a perpendicular extension to Montana Avenue in 1891; the latter adopted the Echo Park name three years later. Neither Kelley nor his investors had any known ties to the state of Montana, which wasn’t even a state in 1887. 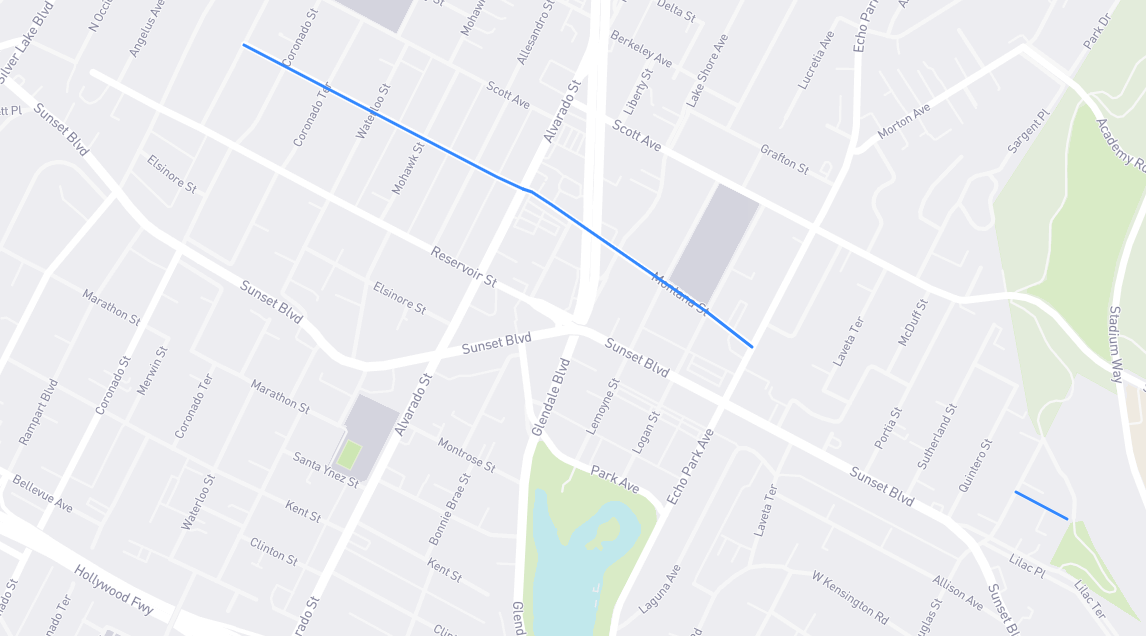