Long ago, L.A.’s primary water source was its river. To help quench the young city’s thirst, a reservoir was dug out here in 1868, with the Los Angeles River feeding it through a ditch. It was christened “Reservoir Site No. 4”; you know it today as Echo Park Lake. Since the City neglected to claim the land around the reservoir, real estate speculator Thomas Kelley snapped it up (with financial backing from Dr. William LeMoyne Wills, among others) and began offering “lakeside” lots in 1887, in what he dubbed the Montana tract. After some legal squabbling, Kelley agreed to donate 33 acres back to the city for parkland in 1891. Echo Park was announced the following year, its name supposedly coined by city parks superintendent Joseph Henry Tomlinson for the echoes he heard around the reservoir. The park finally opened in 1895, although it would take yet another year to reach its final form. Echo Park Road – now Avenue – was named in 1894. 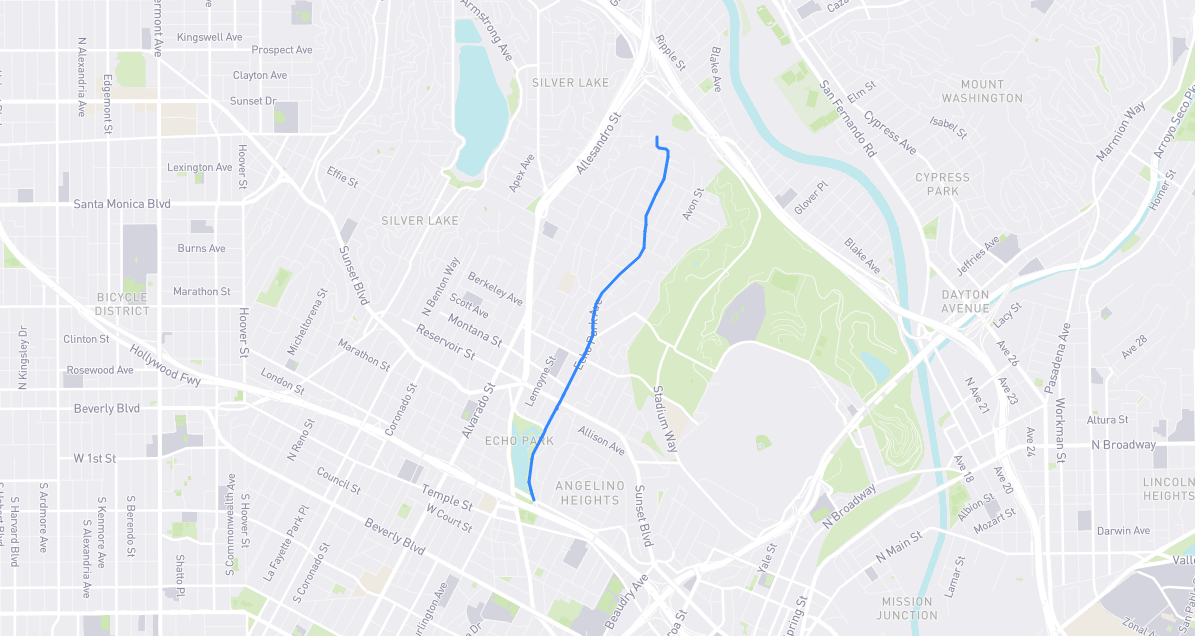