This street’s name might be an homage to an old L.A. road swallowed up by Wilshire Boulevard. (After all, Wilshire is just one block south of here.) The original Orange Street ran between Figueroa and Alvarado in the Westlake neighborhood. It became part of Wilshire in April 1924, and this “new” Orange Street officially entered the Los Angeles street inventory five months later. Coincidence? Who can say. 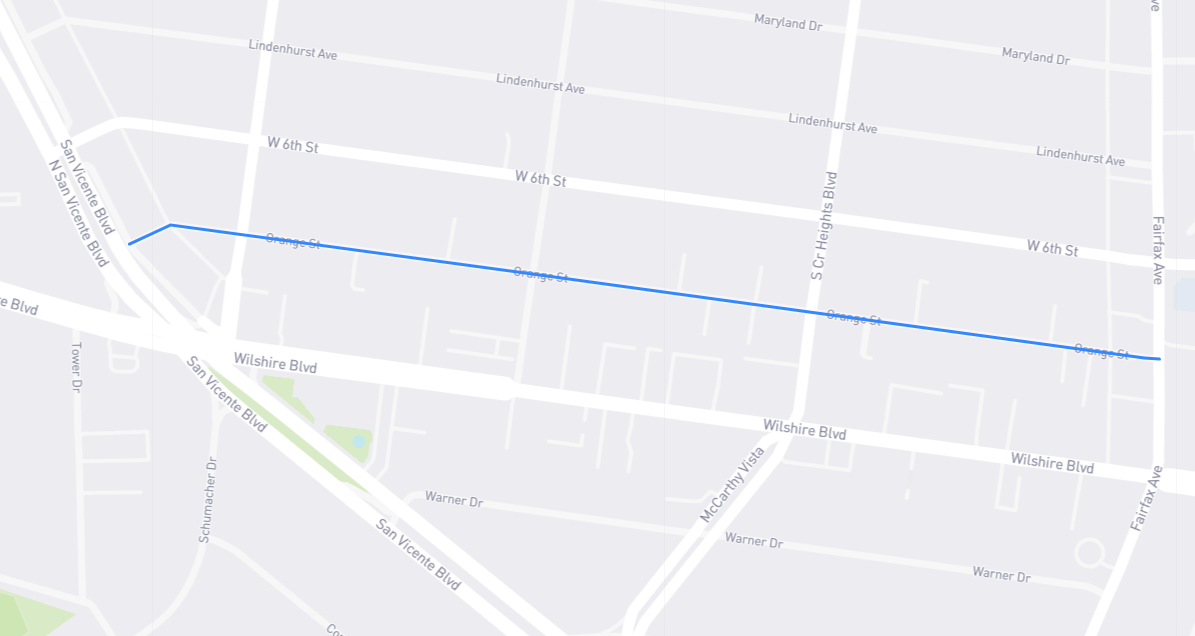