The Palms neighborhood predates Palms Boulevard by seventy years. It all started back in 1886, when real estate speculators Cornelius Gooding Harrison, Joseph Curtis, and Edward Healey Sweetser bought 500 desolate acres of Rancho La Ballona and began setting up a town. There was already a little train depot here called Bay View, but the trio dubbed their townsite “The Palms” and planted palm trees across from the renamed depot to make their point. (Their ads also promised “no saloons”.) The Palms was annexed by Los Angeles in 1915. Yet it wasn’t until 1953 when David Worsfold, secretary of the Palms Chamber of Commerce, suggested “Palms Boulevard” as a replacement for a messy string of connected roads (from east to west: Stilson Street in Palms itself; Ocean Park Avenue, which was often confused with Ocean Park Boulevard; Alexandria Way; and most of Rialto Avenue). The City of L.A. rebuffed him, so Worsfold got 65% of local property owners to sign off on his idea and won his coveted Palms Boulevard in 1956. 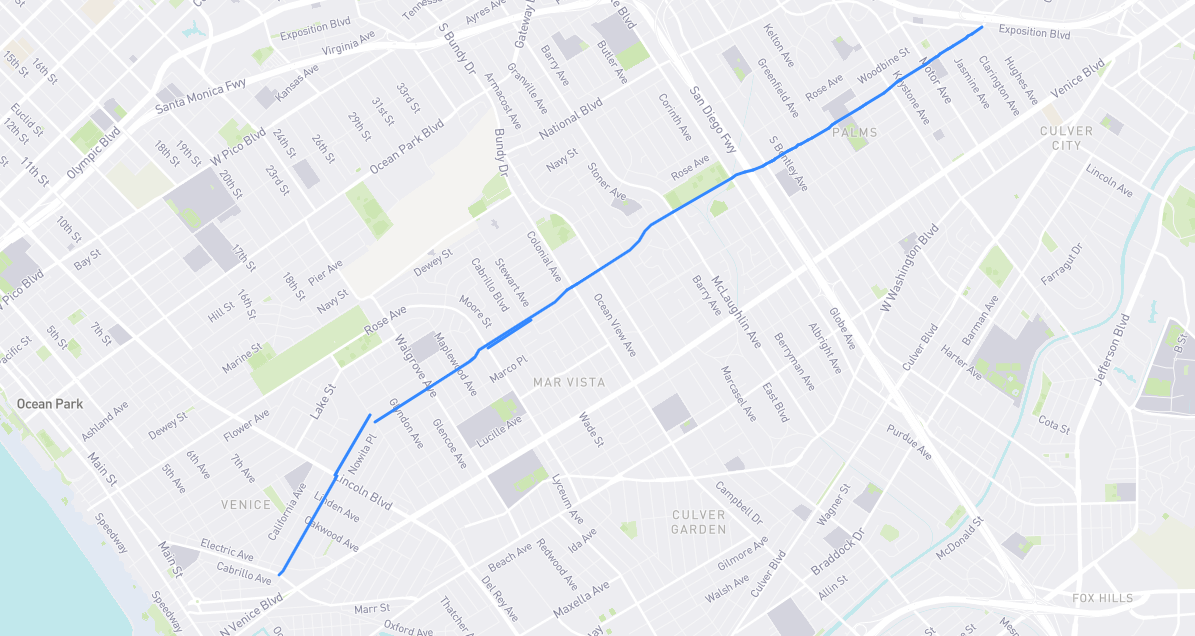