The intersection of Gregory Way and Peck Drive in Beverly Hills may give one pause, but Peck Drive isn’t named for a movie star. It’s for Aldrich Rufus Peck (1896-1957), a Syracuse, NY native who ran the Anaheim Sugar Company after the death of his literal sugar daddy, Arthur R. Peck. He was also VP of the Los Angeles Speedway Association, which operated the Beverly Hills Speedway here from 1920 until 1924. Like other streets names for Speedway officers (see Durant Drive), Peck Drive was planned in January 1924, shortly before the racetrack was demolished. Aldrich’s vivacious wife Dot (1906-2001) got her picture in the papers far more often than her husband did: a society belle, she was president of the local Junior League. Sadly, their son Thayer perished in a sports car accident at 23, just one year after Aldrich’s own death. 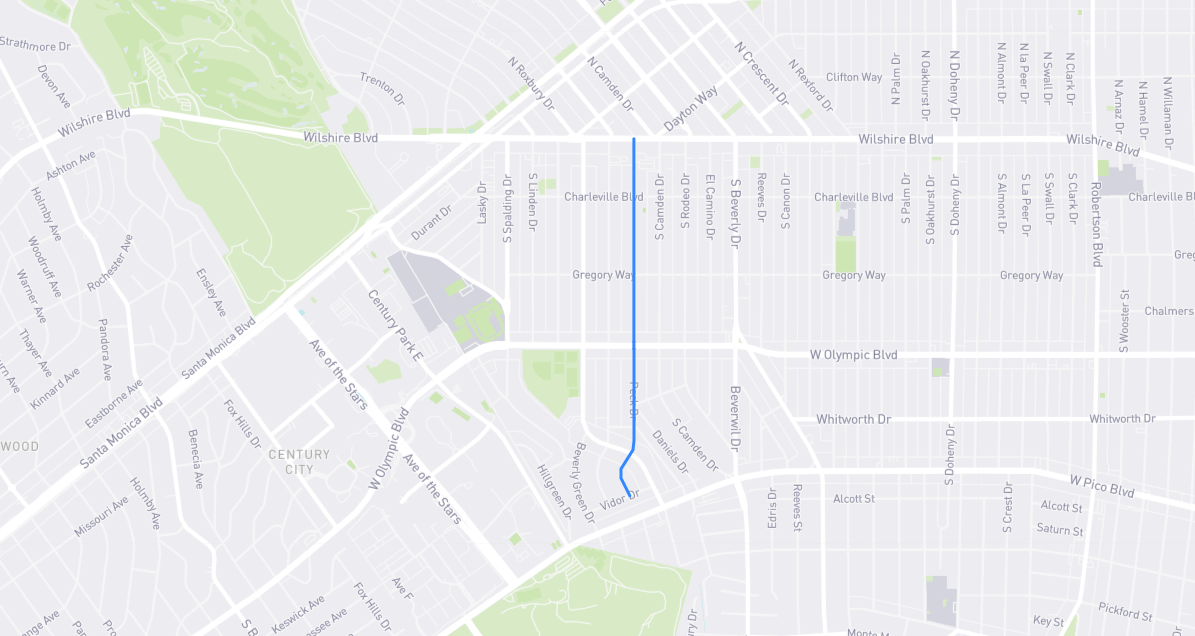