Taking up one block in the 1937 Beverly Green subdivision is a street named for the biggest movie star of the 1930s: Shirley Temple (1928-2014). Shirley’s father George owned 20 acres of this subdivision – Hollywood director King Vidor owned 40 – and honored his little princess with this byway, arguably paid for by her own salary. The Temples never lived here, but they may as well have: in 1937, Shirley was working six days a week on the Fox lot half a mile away. Yet despite having saved the studio from financial ruin, the actress struggled with her career after puberty struck. Upon marrying Charles Alden Black in 1950, she retired from film, moved up north to Atherton, and spent her final decades as an ambassador, breast cancer awareness spokeswoman, and GOP fixture. 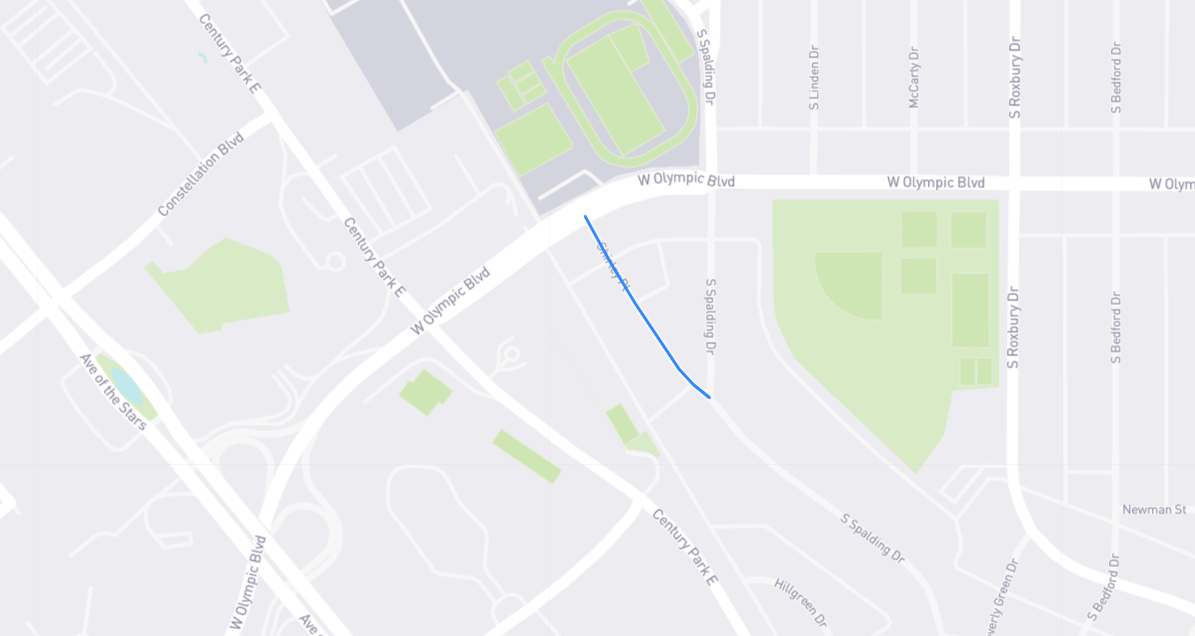