The Phyllis in question is almost assuredly Phyllis Dollinger (1911-2000), née Phyllis Horowitz. Her father Al Horowitz (1883-1976), a Russian Jew who came to California when he was 8, ran a department store in early WeHo (then called Sherman). He also owned a chunk of land at Hammond and Phyllis, subdividing it in 1922-1923, so it’s a safe bet that he named this street after his daughter. (Betty Way, a couple of blocks east, might for Horowitz’s other daughter Alberta, although she spelled her nickname “Bettie”. And Hilldale could be a pun on Al’s wife Hilda; the Horowitzes were here when that street was named, but it’s uncertain if Al owned the land yet.) Phyllis Horowitz married Victor J. Dollinger in 1931 and they settled in Reno in 1953, where Victor owned a shoe store. They had two sons, Steve and Terry. 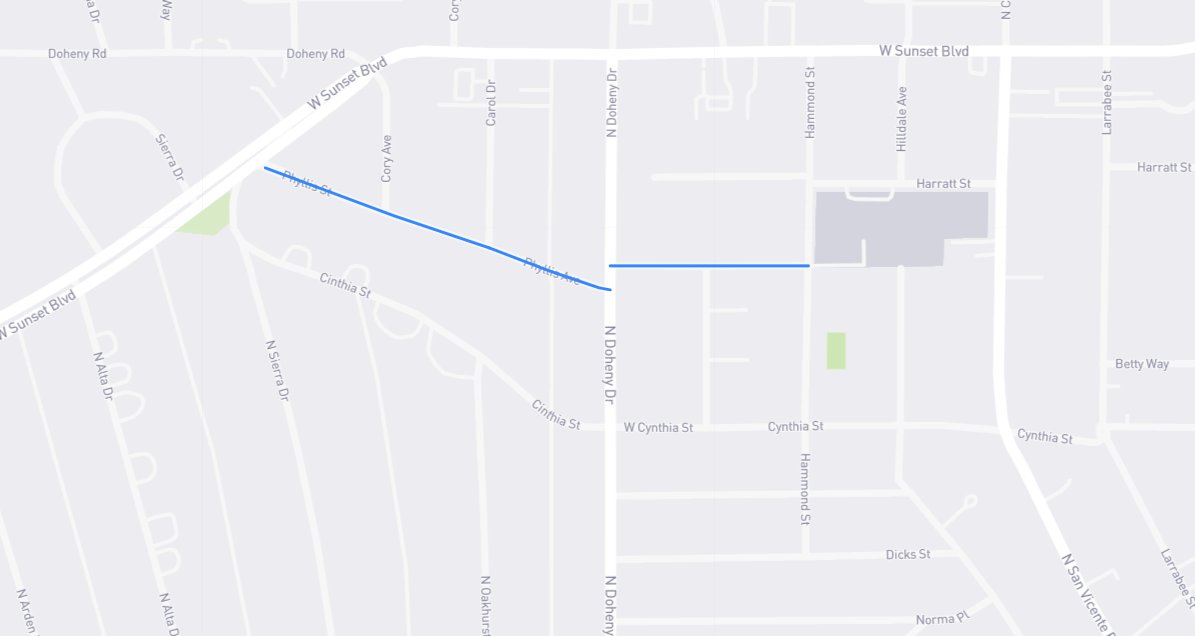