Roy Virgin Milner (1880-1957) – yes, Virgin was his middle name; it was his mother’s maiden name – spent his career working for two great Whits: H.J. Whitley (1847-1931) and W.P. Whitsett (1875-1965). The Colorado-born Milner grew up in Lompoc and Ventura and was living in L.A. by the time he was 18. H.J. Whitley hired him as his personal secretary in 1902, while Whitley was building the Ocean View tract in Hollywood. Milner Road was opened in 1922 (as Milner Court) in Whitley’s second big Hollywood tract, Whitley Heights; Milner and his wife Jane lived on nearby Emmet Terrace at the time. The Los Angeles Suburban Homes Company, cofounded by Whitley, hired W.P. Whitsett as sales manager for their new town of Van Nuys in 1911, but the loyal Milner wouldn’t become Whitsett’s assistant until after Whitley’s death. Milner then worked for Whitsett for the rest of his life, primarily as chief appraiser at Whitsett’s bank (Valley Federal). He was a key figure in the development of Van Nuys. 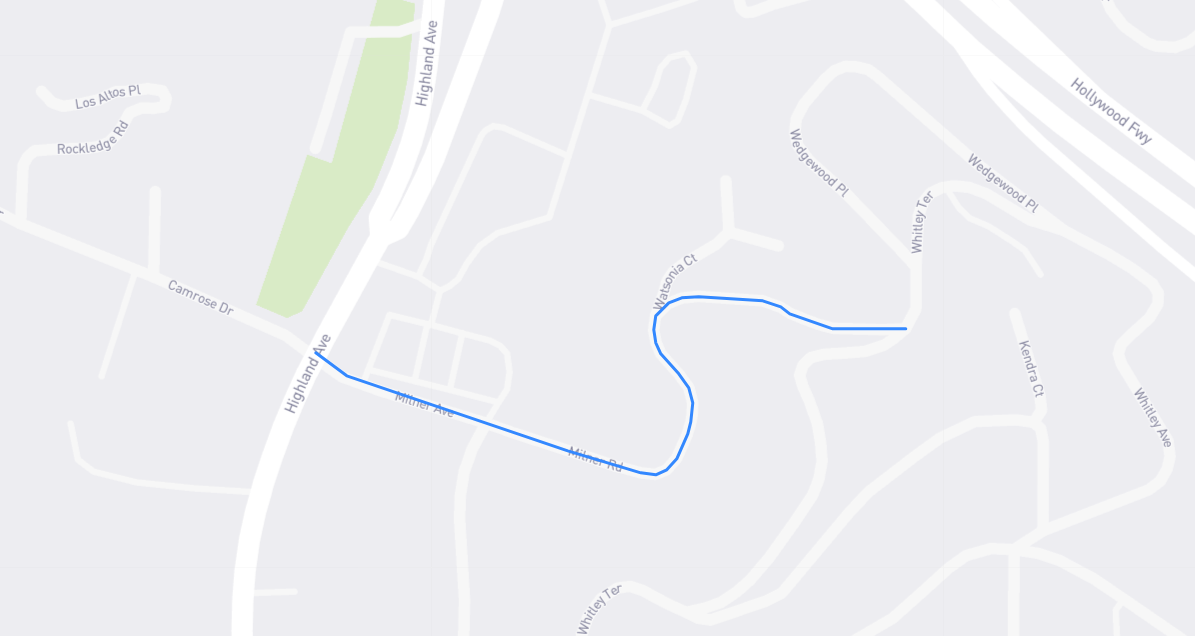