Like many streets in the old neighborhood of Colegrove, this was named (in 1902) for a member of Senator Cornelius Cole‘s family – or possibly two. Eleanor Winifred Brydges Cole (1868-1967) was born in London, Ontario, Canada. She came here way back in 1878 when the Brydges family set up the region’s first commercial rose nursery at present-day Laurel Canyon and Hollywood boulevards. She married Senator Cole’s son Seward in 1899 and had three children with him: Cornelius, Seward, and Eleanor Cornelia Cole (1901-1949), who would make a name for herself as both socialite and interior designer. In January 1926, Eleanor fille married illustrator James Bodrero, who would contribute significant work on Walt Disney’s Fantasia and Three Caballeros. She died after accidentally falling down a steep staircase in her Pasadena home while her husband and son were away. 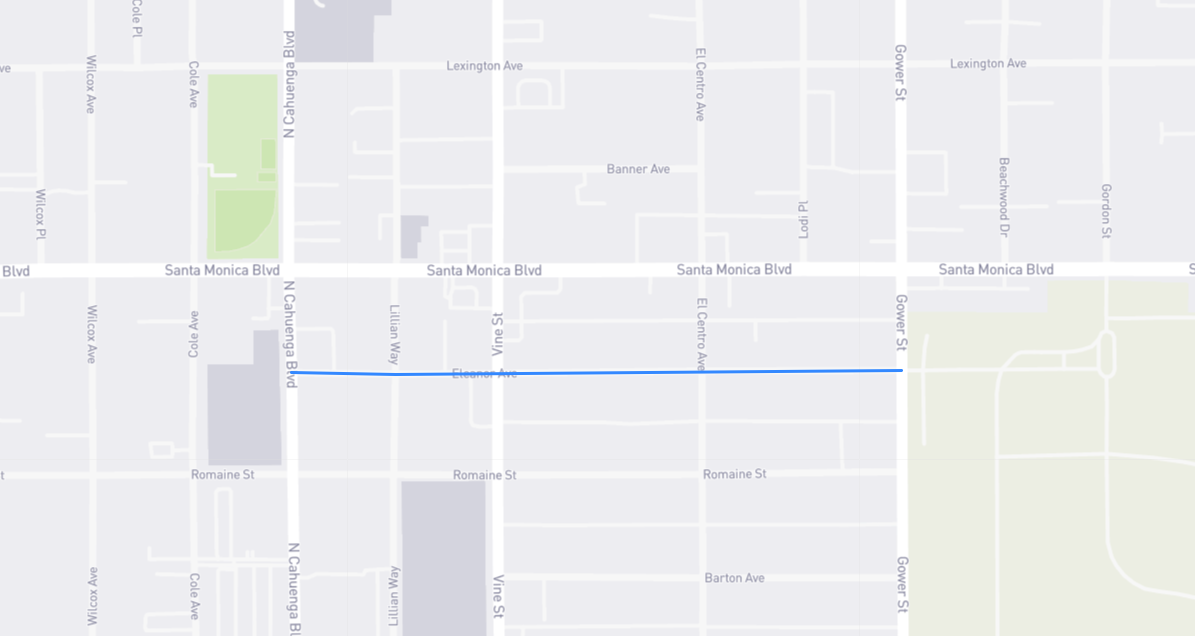