Named for King Vidor (1894-1982), a Texas boy who moved to L.A. at 21 and became one of the biggest movie directors of Hollywood’s Golden Age. (His most enduring titles include The Big Parade, The Champ, Stella Dallas, Duel in the Sun, The Fountainhead, and War and Peace.) In 1937, Vidor bought 40 acres of the Beverly Green subdivision from George E. Read and got a street name in return. George Temple, who bought 20 acres from Read, had his own showbiz connections: his nine-year-old daughter Shirley was Hollywood’s biggest moneymaker at the time. (She also has a street here.) Vidor himself never lived in this neighborhood; in 1937, he was building his dream home on Summitridge Drive, deep in the Hills of Beverly. 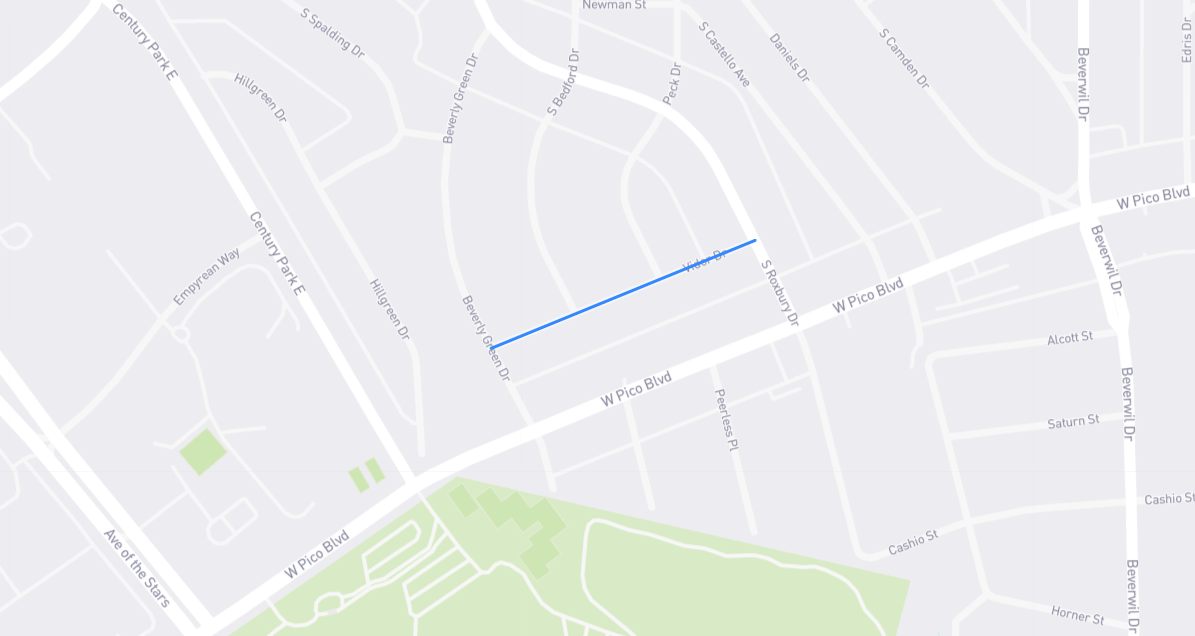