Aside from Main and what’s left of Adobe, this is the only street in today’s Chinatown that’s retained its name from the famous Ord/Hutton map of 1849. The irony is rich, because no college ever existed on College Street! As the story goes, in June 1849, a Catholic church requested a vacant plot of land here so that they could build a secondary school: colegio in Spanish. A month later, Edward O.C. Ord and William Rich Hutton came to Los Angeles to survey and map the city. They caught wind of the church’s plan and figured it was a done deal, so they wrote down the street’s name as “Calle del Colejio [sic] – College Street”. Hutton spoke decent Spanish, so he knew what colegio meant. But in his day a secondary school could be called a “college” in English as well. In any event, the church’s original plans fell through, but there have been schools on or abutting College Street through the years. Just no colleges as we’d know them. 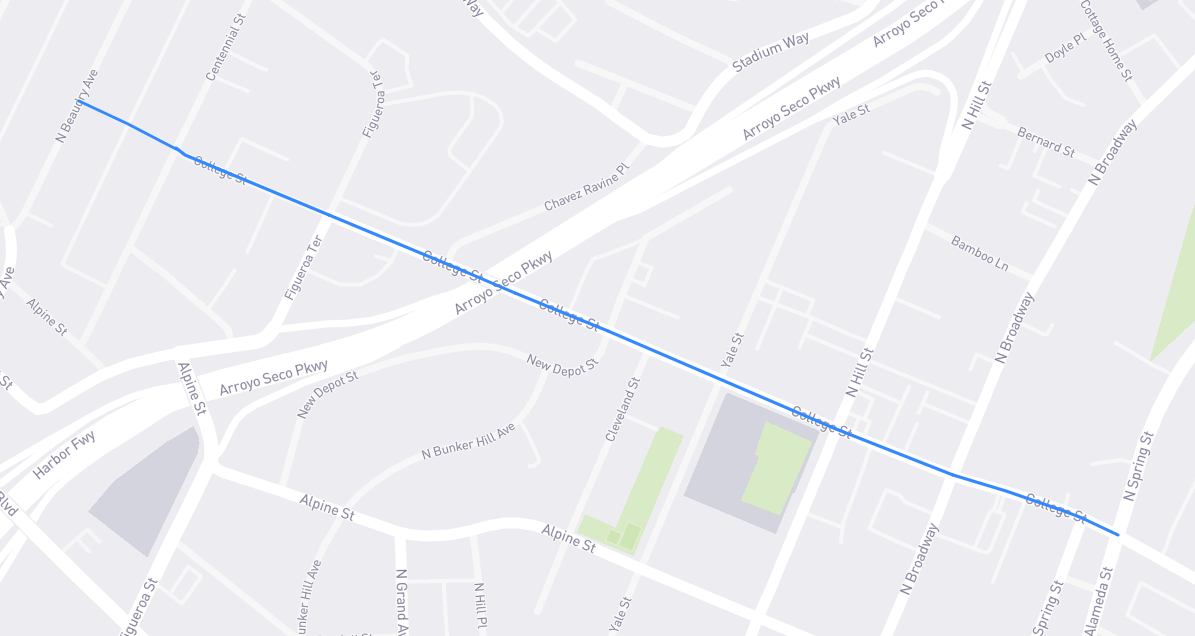