In 1959, Barry Hugh Taper (1930-2001), son of financier and philanthropist S. Mark Taper, bought 140 acres of the former Banning Homes, a WWII temporary housing tract that had sat vacant since 1954. A year later, he sold the tract to developer Montgomery Ross Fisher. It seems that part of the deal was that Taper got to name the tract’s streets, because the day the sale was announced, the City recorded the following: Barhugh Place, Barrywood Avenue, and Taper Avenue, all named for Taper himself; Amelia Avenue, for his late mother; Bloomwood Road, for then-wife Barbara Bloome Taper; Bardale Avenue, for himself and/or Barbara; Bolker Place, for brother-in-law Joseph Bolker; Englander Street, for close friend Ira Englander; and Millmark Grove Street, after a road his father had named in London. (The inspirations for the tract’s other streets – Bejay, Casey, Eastman, Jack, Roseglen, Sandwood, Statler, and Werbel – are unclear.) Born in London and raised in Santa Monica, Barry Taper was known later in life as an avid collector of Abraham Lincoln memorabilia, a passion he shared with his third wife Louise. 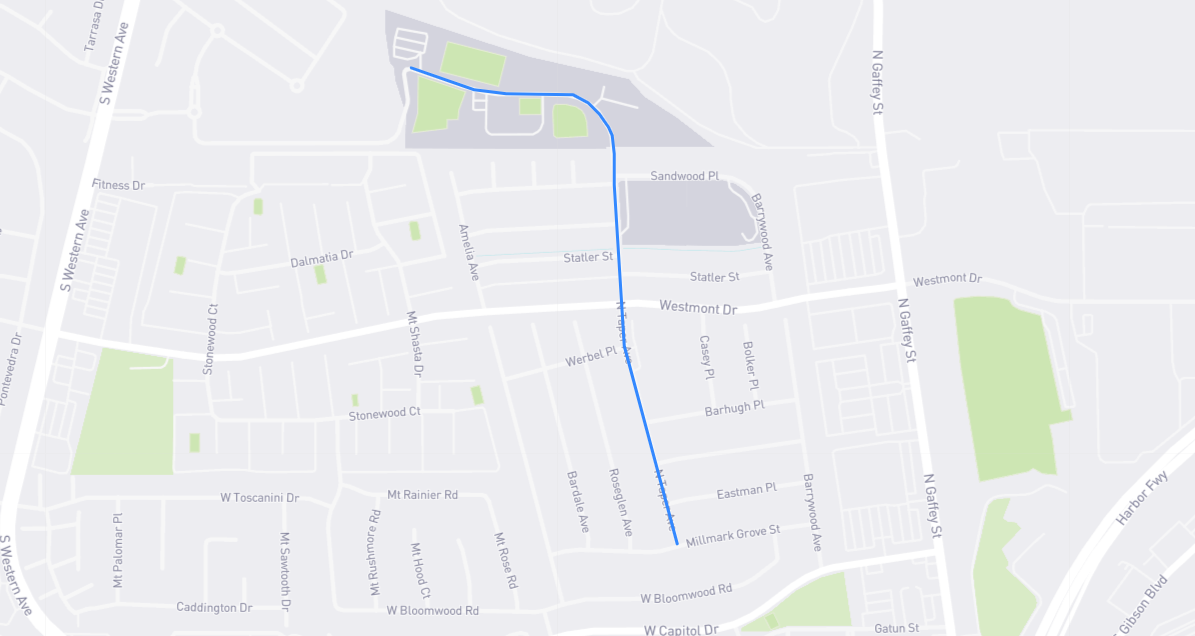