Mariano Guadalupe Vallejo (1807-1890) was a Monterey-born officer in the Mexican army who later aided in California’s transition into statehood. (He was also uncle to Juan Bautista Alvarado.) Although the city of Vallejo is named in his honor, Vallejo himself lived in Sonoma, the city he actually established. L.A.’s Vallejo Street was named in 1889; it was originally Schieffelin Avenue. (Its difficult spelling may have prompted the renaming.) Ed Schieffelin (1847-1897), a real Old West character, was a successful miner who founded the town of Tombstone, Arizona in 1877. Three years later, he bought A.B. Chapman‘s old place here and installed his parents and sister. His father Clinton became a well-known Angeleno, serving on City Council and running the Pico House hotel, yet in 1884 he blew his brains out with a pistol, either accidentally or on purpose. 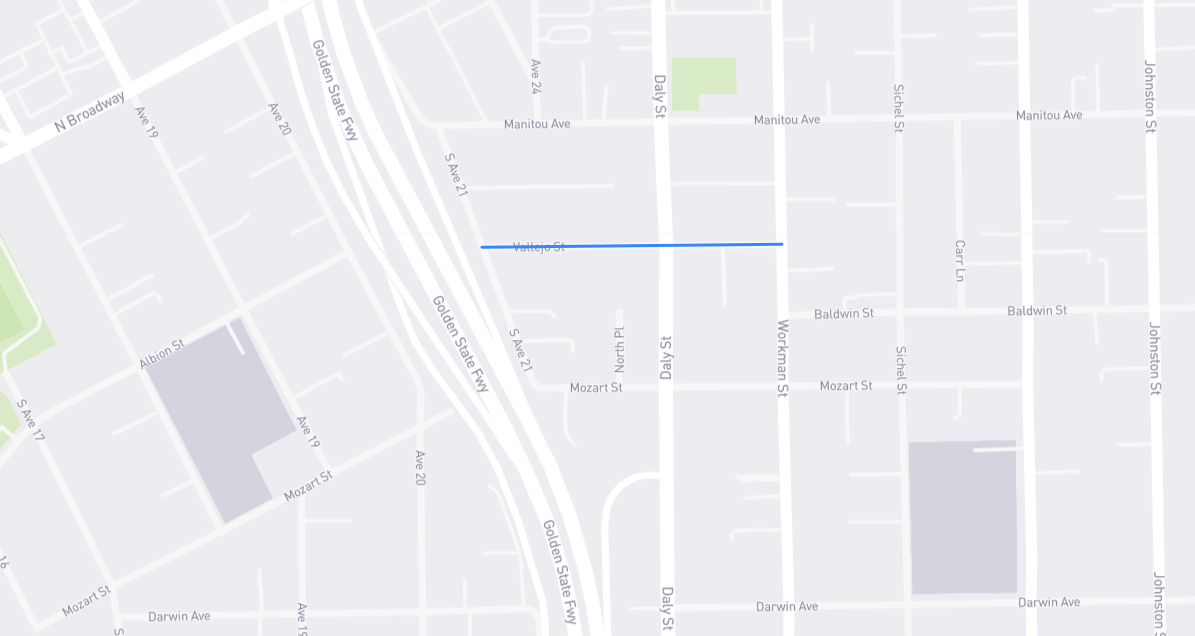