Named for a family whose land wound up in the hands of another family… one way or another. Casilda Soto de Lobo (1799 – c. 1853), the widow of a Mexican soldier, was given a 2,363 acre land grant (Rancho la Merced, at present-day Montebello) in 1844. Seven years later, she had to hand it over to William Workman when she couldn’t repay his loan to her. Meanwhile, Casilda Soto de Lobo’s niece Estefana Soto (c. 1822 – 1868) was living with her husband Tomas Rubio in rural East L.A. In 1858, they sold much of their land to Andrew Boyle, who lived across the road. Finally, in 1874, their heirs sold whatever was left to future L.A. Mayor William H. Workman – nephew of William Workman, son-in-law of Andrew Boyle, and the cofounder of Boyle Heights. Soto Street, named by 1868, is thus a symbol of shifting family fortunes and the balance of power in 19th century Los Angeles. 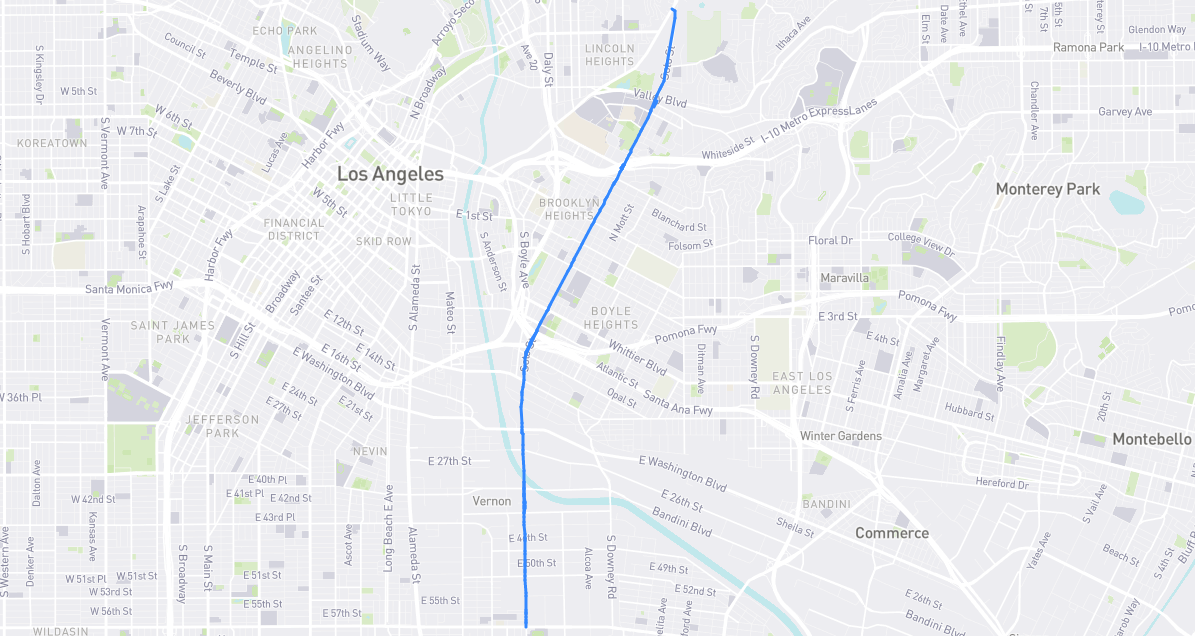