Named in 1885 on the Wilhardt tract, owned by Louis Wilhardt’s (1821-1871) widow and their four surviving children. A native of Hesse, Germany, Wilhardt came to the U.S. as a young man. He enlisted in the Mexican–American War in 1846 and was shipped out from New York to San Francisco the following year; he made his way down to Los Angeles after the Treaty of Cahuenga ended California’s role in the war. In 1849, Wilhardt married Candelaria Peralta (1824-1861) and had five kids with her. Five months after her death, he married her niece Soledad (1837-1911) and had seven more. Wilhardt was something of a renaissance man: he was one of L.A.’s first commercial winemakers, worked as a blacksmith, and owned a tannery. The spelling of his surname was so fluid that even his son Ramon (1850-1921), whom he had apparently disowned in 1871, went by “Willhart”. 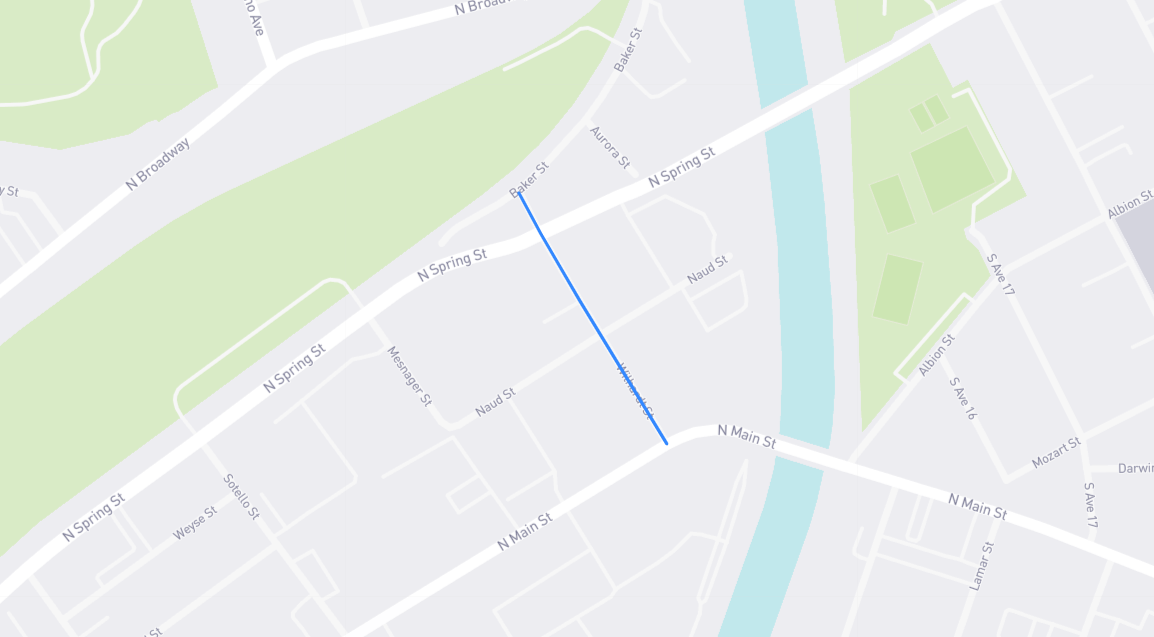