On Ord and Hutton’s 1849 map of Los Angeles, this street was labeled “Calle de las Avispas – Hornet Street”. Avispa in Spanish actually means “wasp”, and in fact residents knew this as Wasp Street until they requested it be changed to Yale Street in February 1874. In that same petition, they wanted Grasshopper Street renamed Union Street (Pearl Street was chosen instead; it’s now part of Figueroa) and Bull Street to be called Castelar Street (it was, and remained so until 1960, when it finally became North Hill). Wasp Street was likely named for the same buggy reason that Grasshopper Street was: insects were a big problem in the wild young pueblo. But why Yale? We may assume some property owner was a graduate of that hallowed university, but amongst the people associated with this neighborhood in the 1870s, none were Yalies. P.S. The name probably has nothing to do with adjacent College Street. 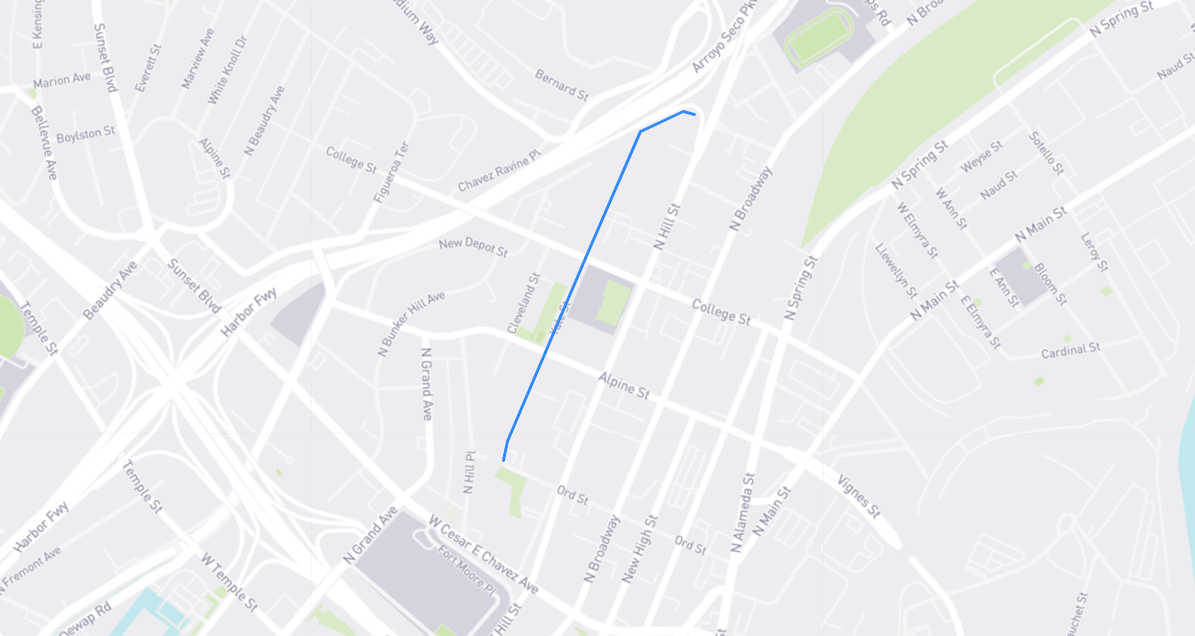