Adobe Street was laid out and named during the 1849 Ord/Hutton survey of Los Angeles. Back then, many of the dwellings in the young city were partly constructed of adobe clay and were thus known as adobes, so Edward O.C. Ord and William Rich Hutton, East Coasters both, must have thought the word had a distinctly “Californian” ring to it. (In fact Hutton was quite fond of sketching L.A.’s adobes.) Along with College and Main, Adobe is one of only three streets in this neighborhood that were never renamed after 1849. 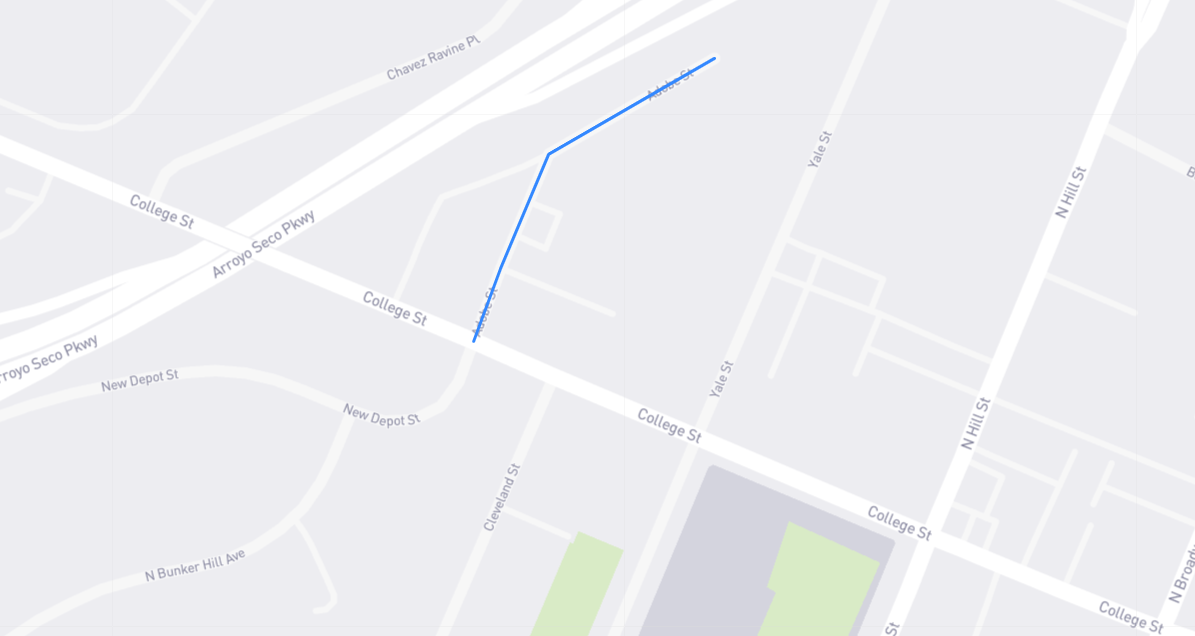