Named in 1915 on the La Merced Heights tract, a reference to Montebello’s origins as Rancho la Merced – “Ranch of God’s Mercy” – a 2,363 acre land grant given in 1844 during California’s era as a Mexican territory. The grantee was Casilda Soto de Lobo, widow of a Mexican soldier, but she had to forfeit the land to William Workman, to whom she was indebted, in 1851. Workman then gave the rancho to his son-in-law Francisco Pliny Fisk Temple and colleague Juan Matias Sanchez. Alas, in 1875-1876, it was Workman who was now indebted – to millionaire Lucky Baldwin – during the collapse of the Workman & Temple Bank. Poor Sanchez, who had put up the rancho as collateral, lost all but 200 acres of it to Baldwin. Baldwin’s nephew/estate manager Hiram Unruh later sold this portion of the rancho to the La Merced Heights Land & Water Company, led by William Orcutt. It was they who named this street. 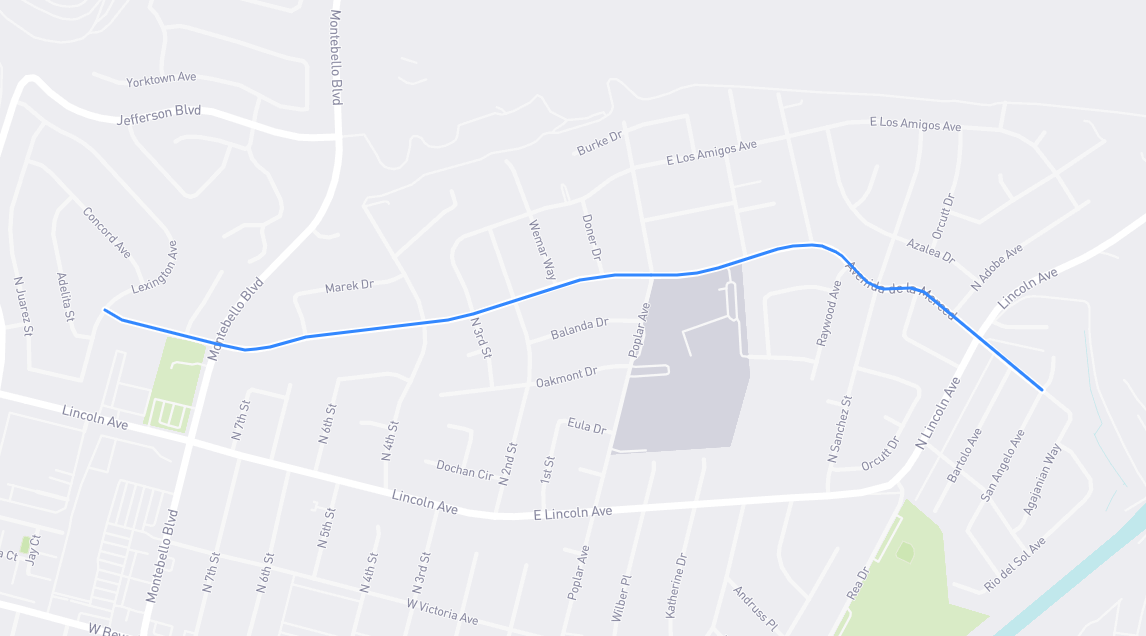