DeWitt Drive and Floyd Terrace both take their names from developer Charles Floyd “C.F.” DeWitt (1871-1946). This subdivision, Hollywood Manor, was laid out in 1924; it was one of many owned by the DeWitt-Blair Realty Company. C.F. DeWitt was born in Lowell, Indiana and lived in Chicago for several years. He came to L.A. in 1907 to run the now-defunct Alvarado Hotel; less than a year later, he dumped the hotel and got into real estate, investing in vast agricultural spreads in California’s Central Valley. This made DeWitt filthy rich, but he remained unlucky in love: first wife Lizzie died in 1895; second wife Bertha divorced him around 1918; third wife May killed herself with poison in 1935. Fourth wife Florence was with him ’til the end. Nearby Blair Drive is named for DeWitt’s partner John H. Blair; Velma Drive is for Blair’s wife. The inspirations for the other streets in this tract – Troy Drive, Charleston Way, Winnie Drive, and Ellis Drive – remain unclear. 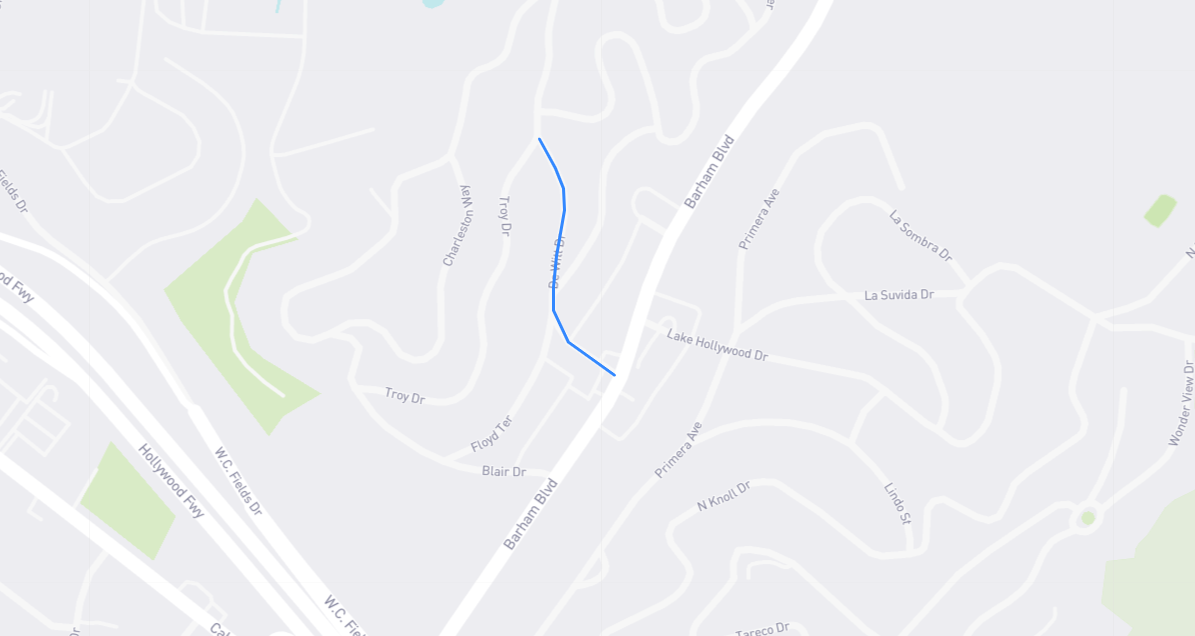