Developer John Hoxie Blair (1881-1953) set up the Hollywood Manor tract here in 1924 with business partner Charles Floyd DeWitt. Blair was born in Waco, Texas, then moved to Houston, where he went from farm contracting work into real estate. He came to L.A. in 1920 and became incredibly rich subdividing land all over SoCal, from Florence to Wilshire and from Silver Lake to Green Valley Lake (in the San Bernardino Mountains). It was claimed that, in 1928, Blair controlled more than $5 million worth of real estate – well over $300 million today. Blair died outside of Gallup, NM when a pickup he was riding in was slammed into by a moving van. Nearby Velma Drive is named for Blair’s then-wife. 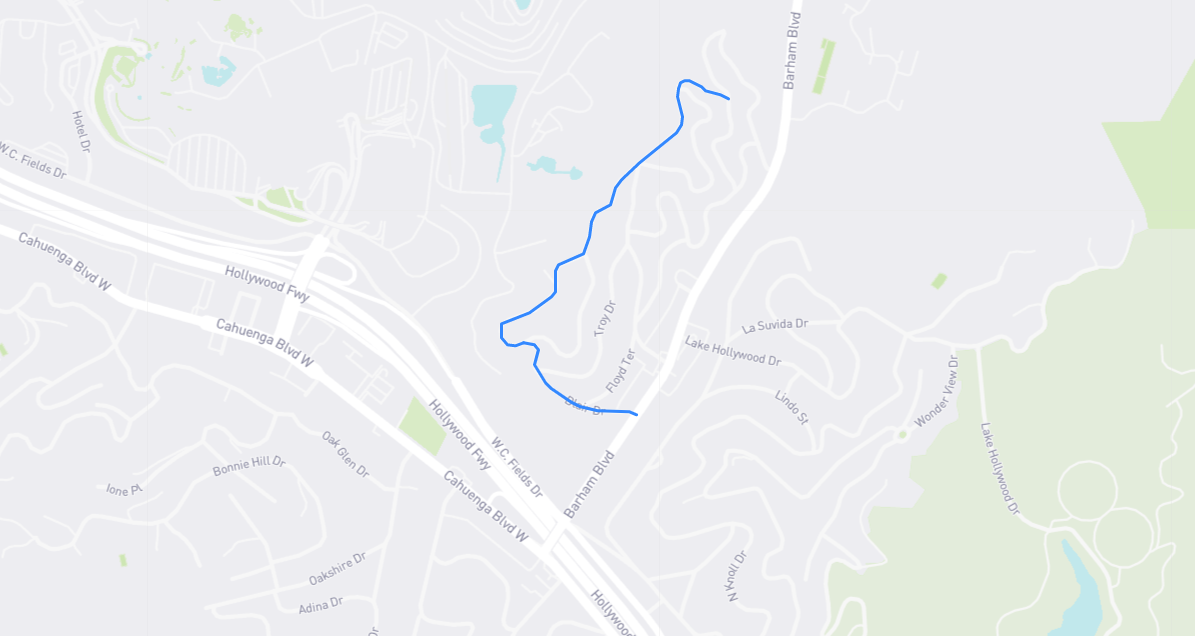