This one-block lane was born with the name Alfred Street, which you can now find just south of here. It was renamed in 1922 for Hacienda Park, a 140 acre tract that had existed here since 1906. The original Hacienda Park was set up by British-born realtor Charles Almon Sumner (1846-1928) on land owned by Alfred (hence Alfred Street) and Annie Rush and Jacob and Dorothea Miller. It was expanded by 64 acres and reopened by another Brit, John A. Evans (c. 1882-1959), in 1923. Evans allegedly swindled his investors in some manner and was indicted for grand theft in 1930, but the charges were dropped. Lost street name trivia: a couple named Herbert and Georgia Newcomb also bought land here in 1906; the nearby stretch of La Cienega (north of Holloway) was known as Newcomb Street until the late 1920s. 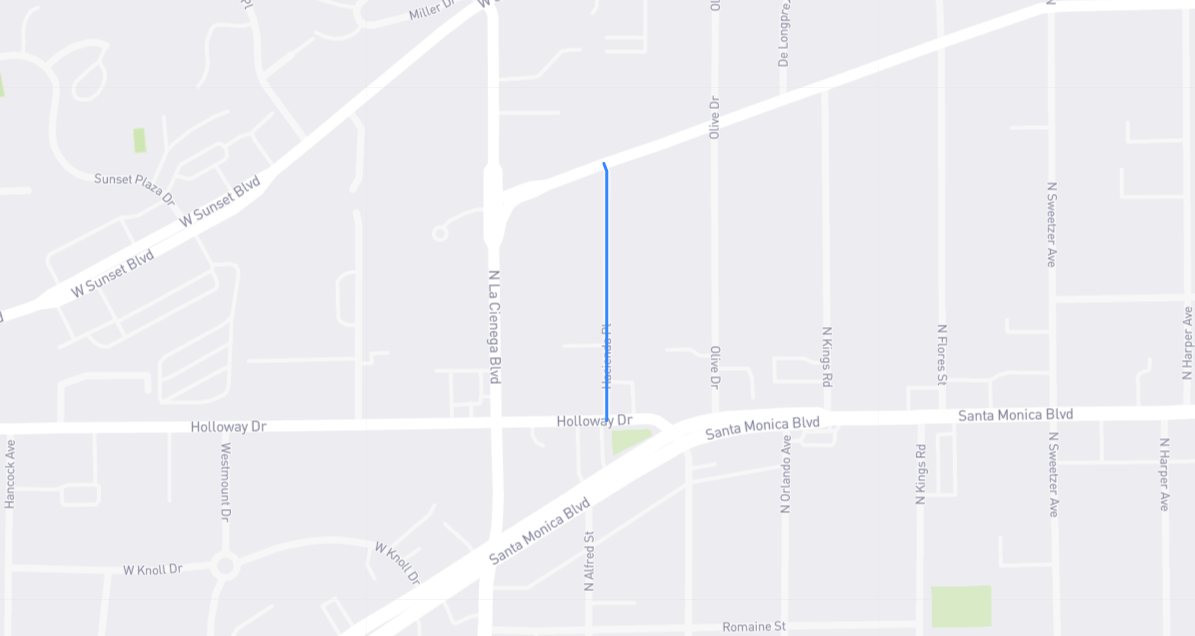