When you see “Halliburton”, you might think of the controversial oil services corporation and its onetime CEO, former U.S. Vice President Dick Cheney. Is Halliburton Road named for the company and/or its founder Erle P. Halliburton (1892-1957)? I found no reason why it should be, yet there are no likelier namesakes. The street, originally called Puente Road, was renamed in December 1959 by the County Regional Planning Commission – no reason given. Erle Halliburton, who founded his namesake company in Oklahoma in 1919, had died an Angeleno, spending his final years in posh Bel-Air, but neither he nor his company appeared to have had any interests in the Hacienda Heights area. It’s an unsolved mystery. 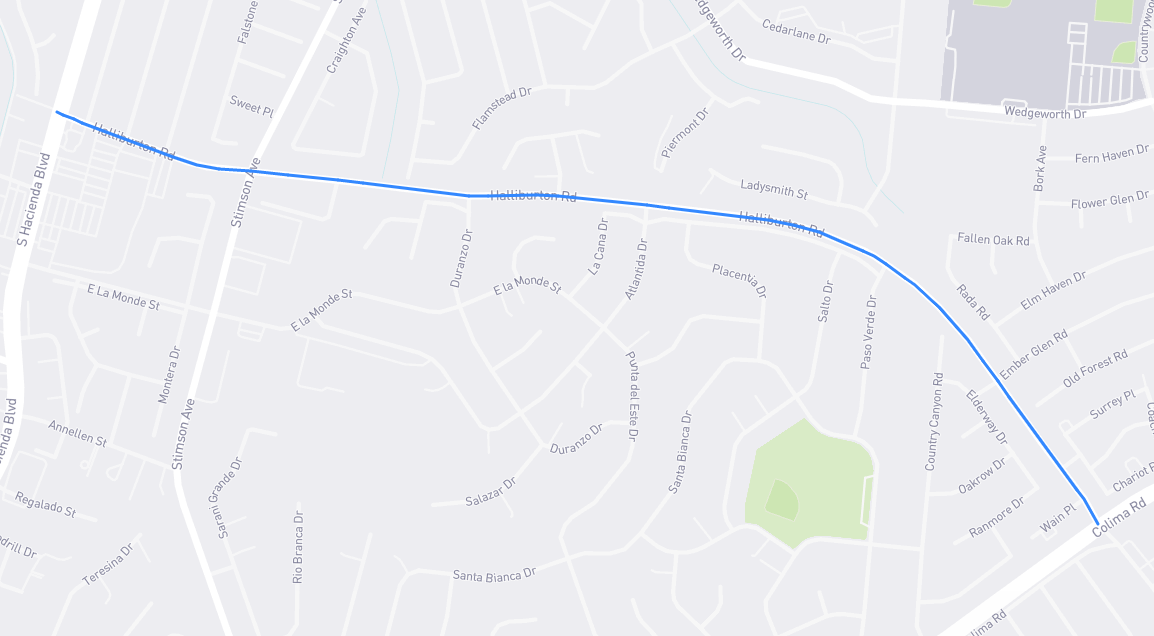