Hancock Street and Johnston Street are both named for Hancock McClung Johnston (1847-1904), nephew and business partner of doctor/developer John Strother Griffin. Johnston’s mother was Griffin’s sister Eliza (1821-1896; see Fair Oaks Avenue) and his father was General Albert Sidney Johnston (1803-1862), a Texas-raised Army man who, living in San Francisco at the outbreak of the Civil War, resigned from his Union duties and led Confederate troops at the Battle of Shiloh, where he was killed. Around that time, the rest of the Johnstons had migrated to L.A. to live with Griffin; Hancock grew up to subdivide East L.A. with his uncle, raise horses, have five kids with his wife Mary (daughter of Benjamin Eaton), and suffer from arthritis. There is one funny story attributed to him: While visiting a friend at the Pico House hotel, Johnston reportedly whipped out a pistol and shot a cockroach off the cuff of his friend’s trousers. 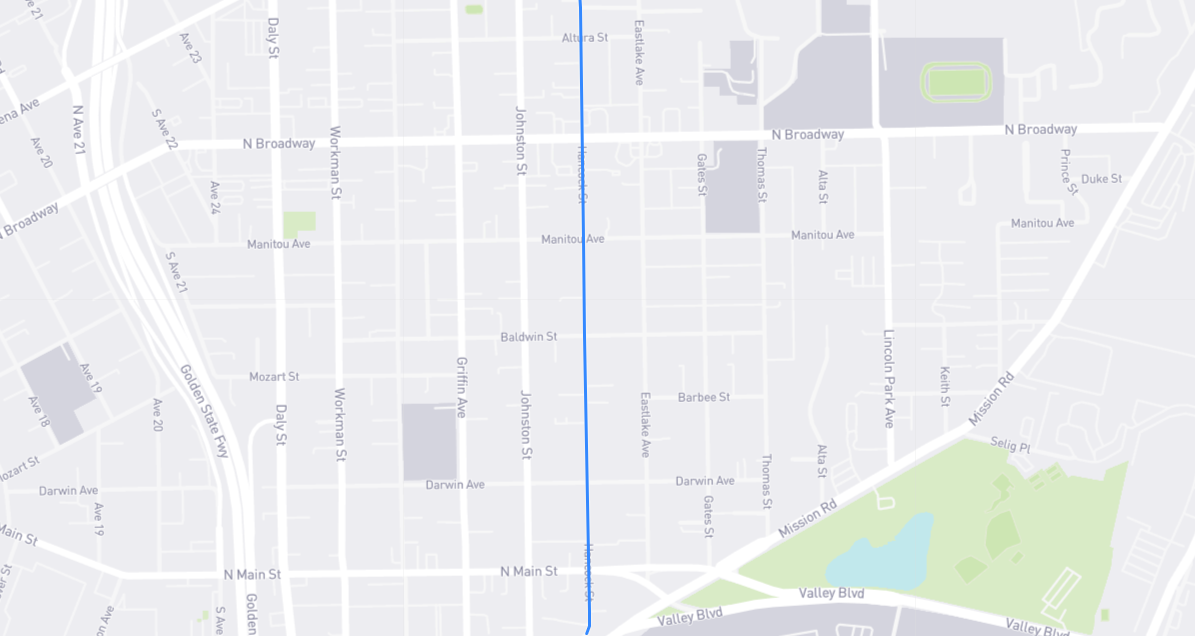