Martin Labaig (1853-1921) and his wife Marie (1864-1925) were French immigrants who settled in Hollywood by 1889 after a few years in NorCal. They came to own 10 acres at Sunset and Gower, where they lived, grew sugar beets, and operated a saloon. (It might have been the first in the area; the Wilcoxes had deemed Hollywood a dry town, but the Labaigs were technically in the neighboring community of Colegrove.) Martin quit the saloon business by 1900 and got into sheep and cattle farming upstate, although he and Marie would stay in Hollywood until their deaths. The couple, who had two sons, subdivided their property in 1911, naming Labaig Avenue in the process. 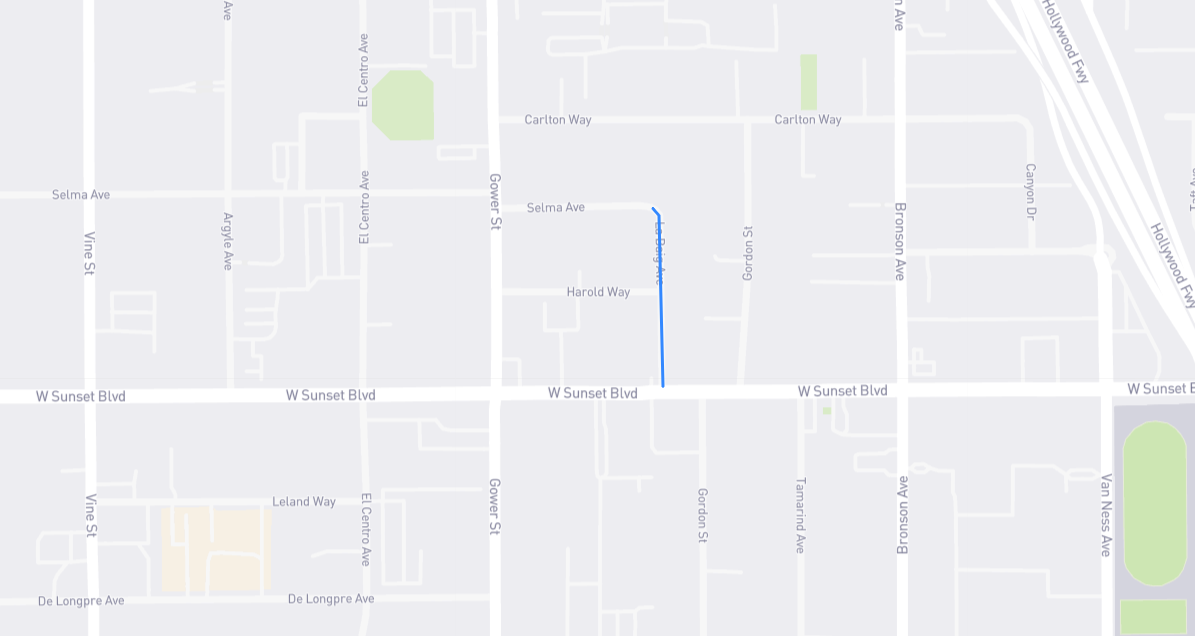