Parmer Milton “P.M.” Scott (1822-1900) and Elizabeth Morton Scott (1840-1913) were midwestern transplants, each either widowed or divorced, who married in Los Angeles in 1879. They had no children together, but they did have a flair for real estate, buying and selling properties both jointly and separately. Their namesake avenue, on which the Scotts actually lived, was originally two streets called Wyoming Avenue and Cooper Street. It became Scott Avenue in 1893. After P.M. died, Elizabeth set up the E. Morton Scott tract here in 1901, then opened her home “Elysian Vista” at Scott and Echo Park Avenue, although she died in a different house on Scott and Parmer. Nearby Lucretia Avenue was likely named for Elizabeth’s mother and/or sister; both went by Lucretia. 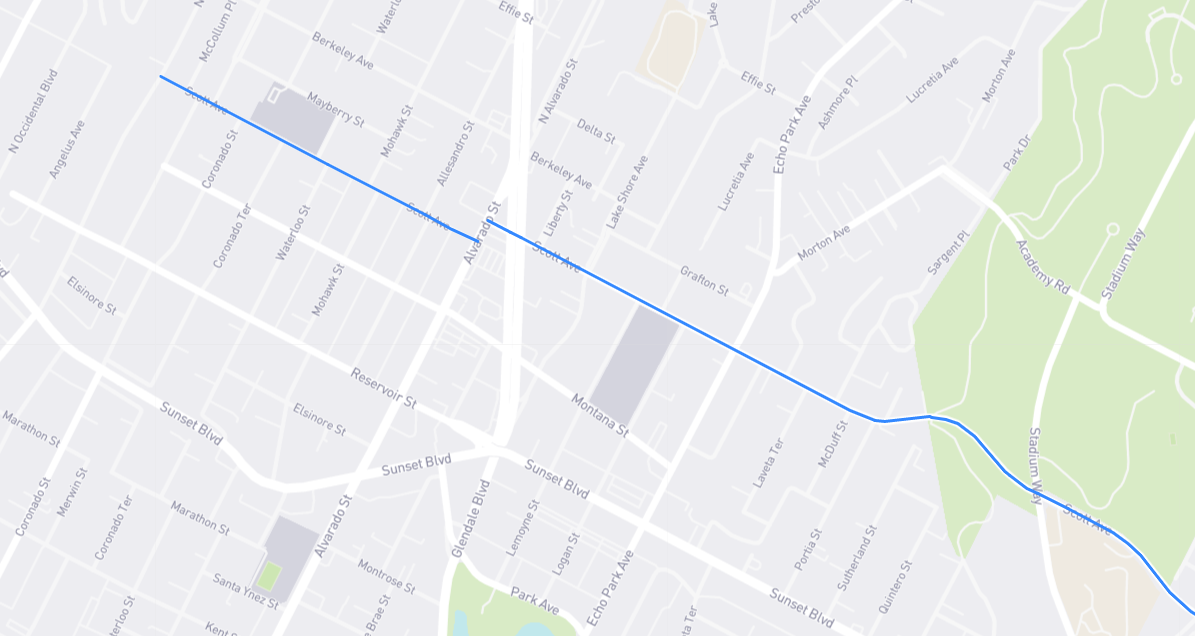