This street’s moniker was coined in 1924, supposedly by Swedish-born Valley farmer Carl Alfred Frieburg (1867-1936). After officials told Frieburg that they wanted to name this street after him, he modestly suggested Valley Spring instead. That’s the story his daughter told, anyway. (See Satsuma Avenue, named for Frieburg’s plums, for a little more on him.) “Valley spring” surely refers to Toluca Lake, which is indeed a natural spring. 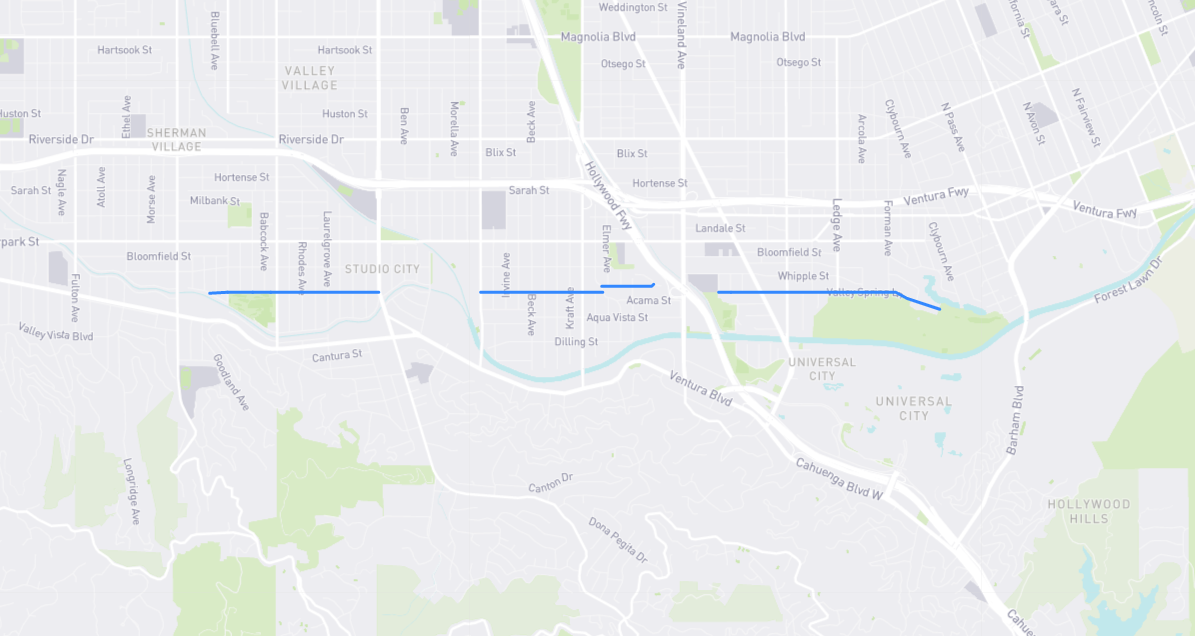