Though he wasn’t blessed with the prettiest of surnames, William Klump (1862-1944) was one of North Hollywood’s most prominent citizens. Born in Michigan to German immigrants, Klump was in Los Angeles by 1890, where he had a farm south of city limits. He married Maggie May Hoansler (1877-1957) two years later and they moved to NoHo – then called Toluca – around 1900, where they raised their four kids on 60 acres of land. (Tragically, their 14-year-old son Raymond died from a bacterial infection in 1908.) Klump grew apricots, peaches, and walnuts here, and in 1910 he was named a director at the Bank of Lankershim, along with neighbors Fred Weddington and Dan Bakman and Valley overlords H.J. Whitley, Moses Sherman, and Harry Chandler. This led to wealth and a fine home on Forman Ave. in Toluca Lake. The former Winifred Ave. was rechristened Klump Ave. in 1924. 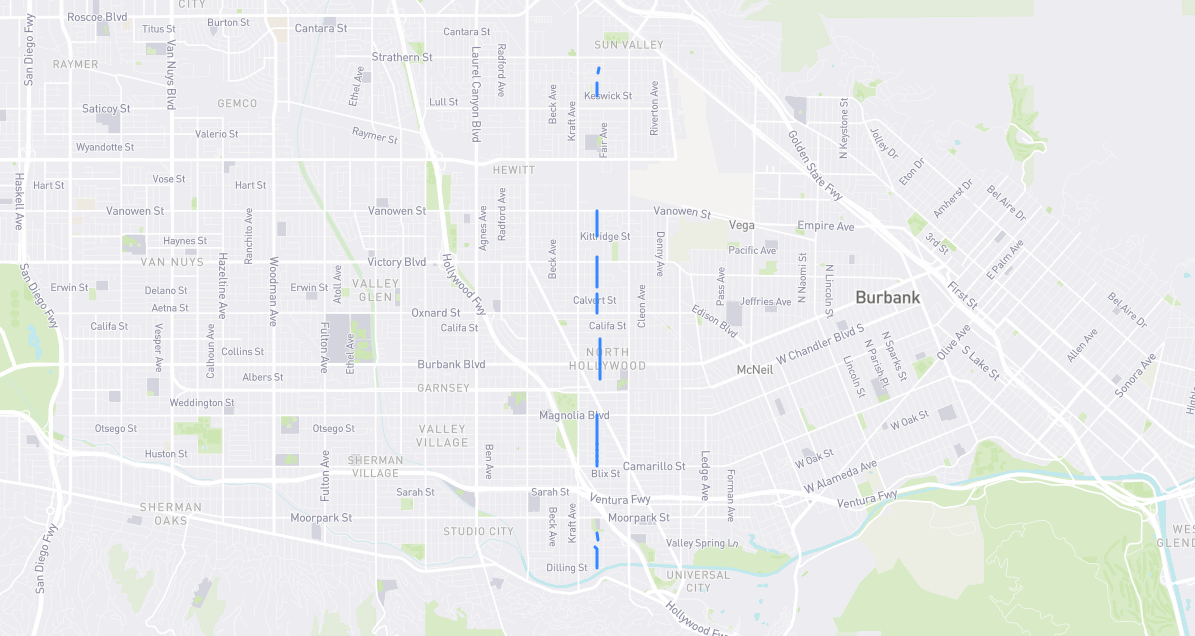