Named for Glenn Dresher Willaman (1883-1946). Born in Smithville, Ohio, Willaman started out as a newsman. He came to Bakersfield in 1906 and worked as city editor of the Morning Echo until 1921, when he was hired as publicity director for the California Real Estate Association and was soon promoted to state secretary. There he became friends with association president Clifford C.C. Tatum – a top L.A. realtor who helped develop this neighborhood. Nearby Charleville Blvd. shares Tatum’s middle name and Le Doux Road uses his wife’s maiden name, so we can assume that Tatum also named Willaman Drive in 1922. Willaman himself had just moved to L.A., but he and Tatum were definitely close: when Willaman died, Tatum was a pallbearer at his funeral, as was George Robertson. 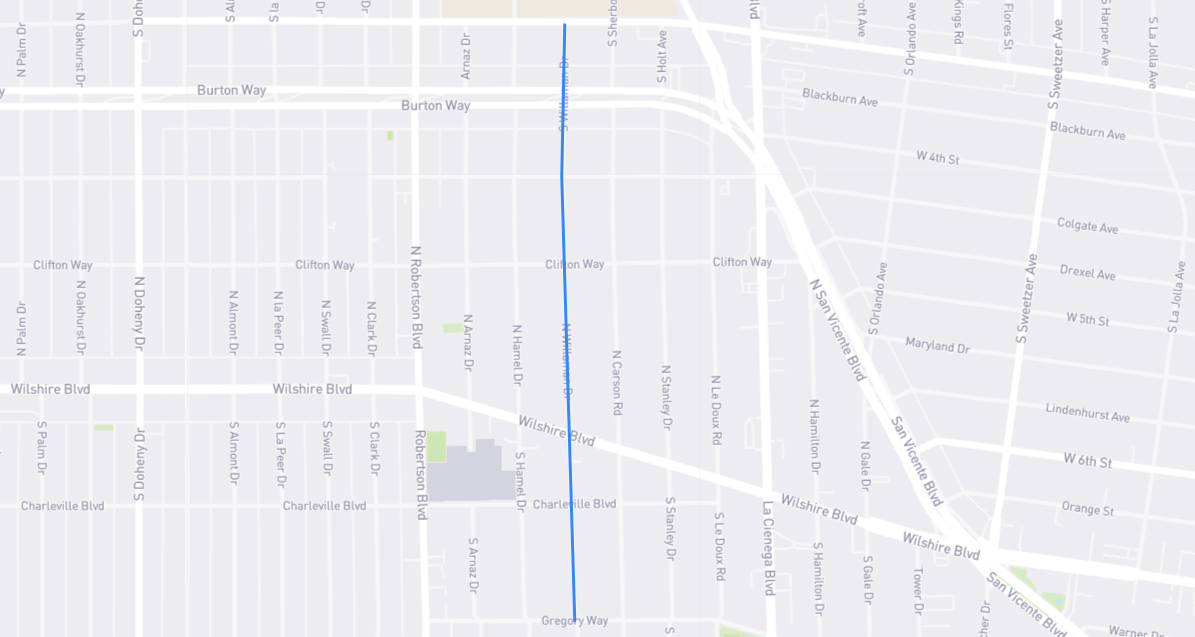