Beverly Hills was founded in 1906. (See Beverly Drive for the origins of the name.) By 1916, it was so fashionable that realtors across L.A. wanted to co-opt “Beverly” and raise their clients’ property values. So the City agreed to combine sections of First and Temple (which by then had stretched out west of Van Ness), christen this Frankenstreet “Beverly Boulevard”, and take it all the way out to the ocean. This required so much work and red tape that the boulevard didn’t properly open until 1921. Now, you might be thinking, “But Beverly doesn’t reach the ocean. It stops at Santa Monica Blvd. in Beverly Hills.” In fact up until early 1934, the long and winding section of Sunset Blvd. between Benedict Canyon and the coast was indeed named “Beverly Boulevard”. But since it didn’t connect to the rest of Beverly, and it definitely connected to the rest of Sunset, city councilman Stephen W. Cunningham said, “Let’s just change it to Sunset and be done with it.” Only one person protested. 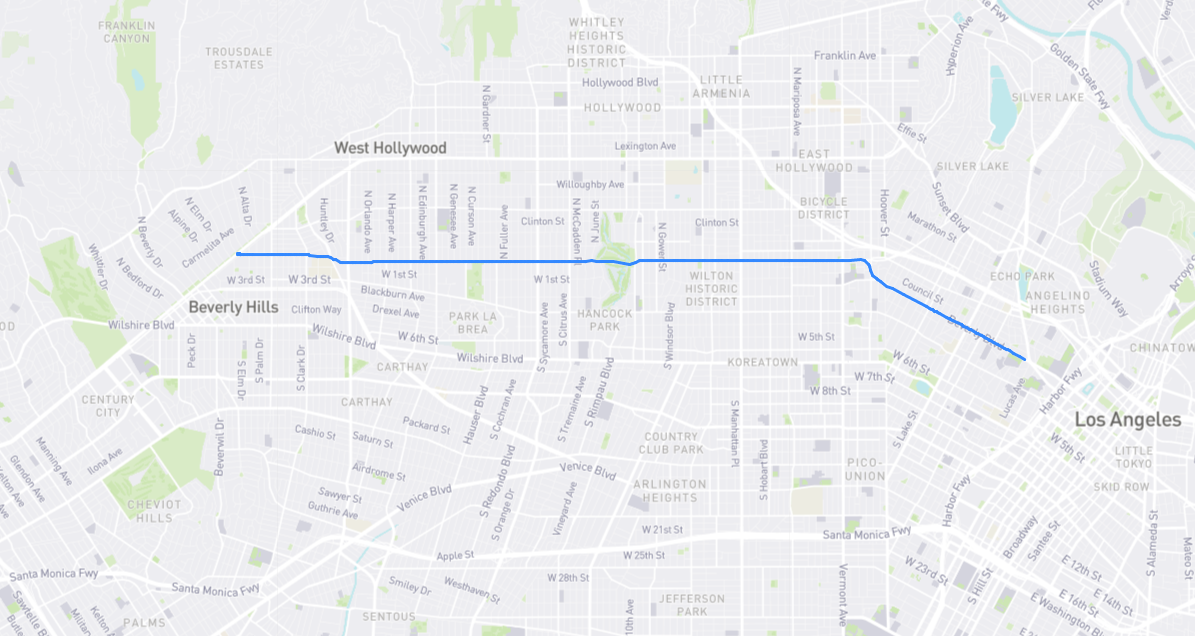