This street’s provenance is unknown. It was named in 1924 when a syndicate called the North American Bond and Mortgage Company subdivided six blocks between Chalmers and Olympic (then called Country Club Drive) and between Le Doux and Robertson (then called Preuss). No one in this syndicate was named Chalmers, nor was the couple who sold them the land, Norman and Ethel Philp (not a typo). Potential inspirations were so many, from paving contractor Alex D. Chalmers (1887-1956) to the Chalmers Motor Co. (recently out of business in 1924), that none stand out as the most likely. 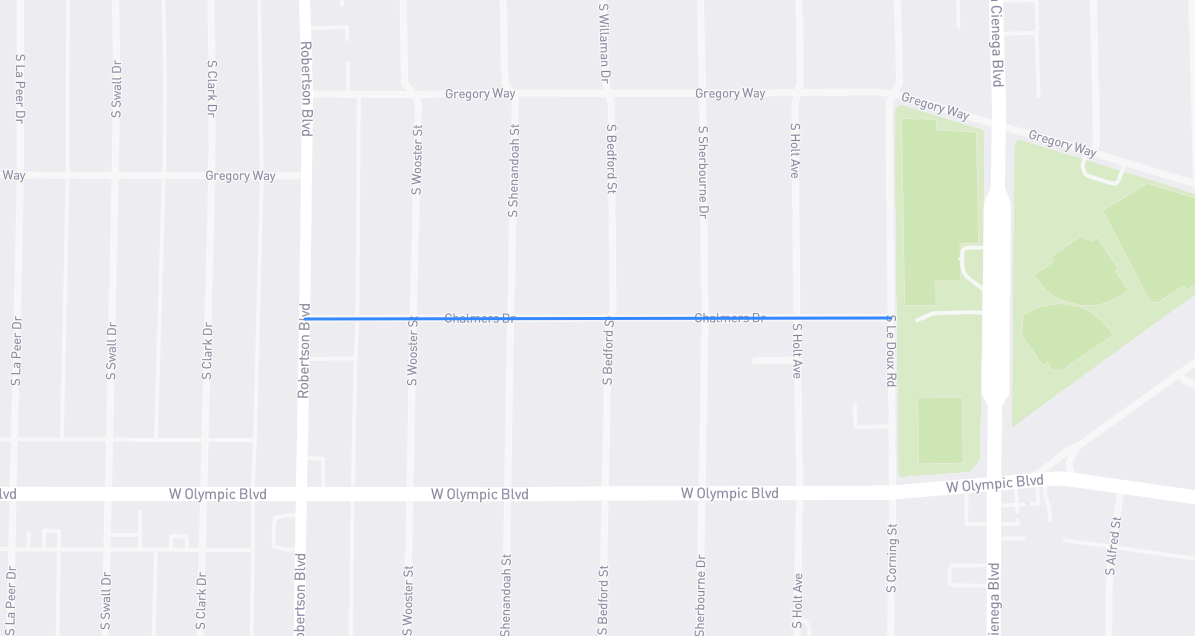