You may notice there’s no actual country club here. But in 1904, when this street was named, the Los Angeles Country Club was indeed due south at Pico and Western. It was already the fledgling club’s third location. The first was a nine hole golf course at Pico and Alvarado; it opened in 1897 and was nicknamed the “Windmill Links” because the clubhouse was in an abandoned windmill. Just one year later, the club moved to Hobart and 16th Street (now Venice Blvd.). Another nine hole course, that location was nicknamed the “Convent Links” for its proximity to the Rosedale Cemetery’s convent. The LACC moved to Pico & Western in 1899 on what was then the city boundary. With plenty of space here on the edge of town, the course finally expanded to 18 holes. The LACC remained here for a dozen years; it settled into its current location, straddling Wilshire between Beverly Hills and Century City, in 1911. Country Club Drive kept growing, despite having no country club to go to, and eventually reached present-day Century Park East. What happened to all that road? Most of it was renamed Olympic Boulevard. 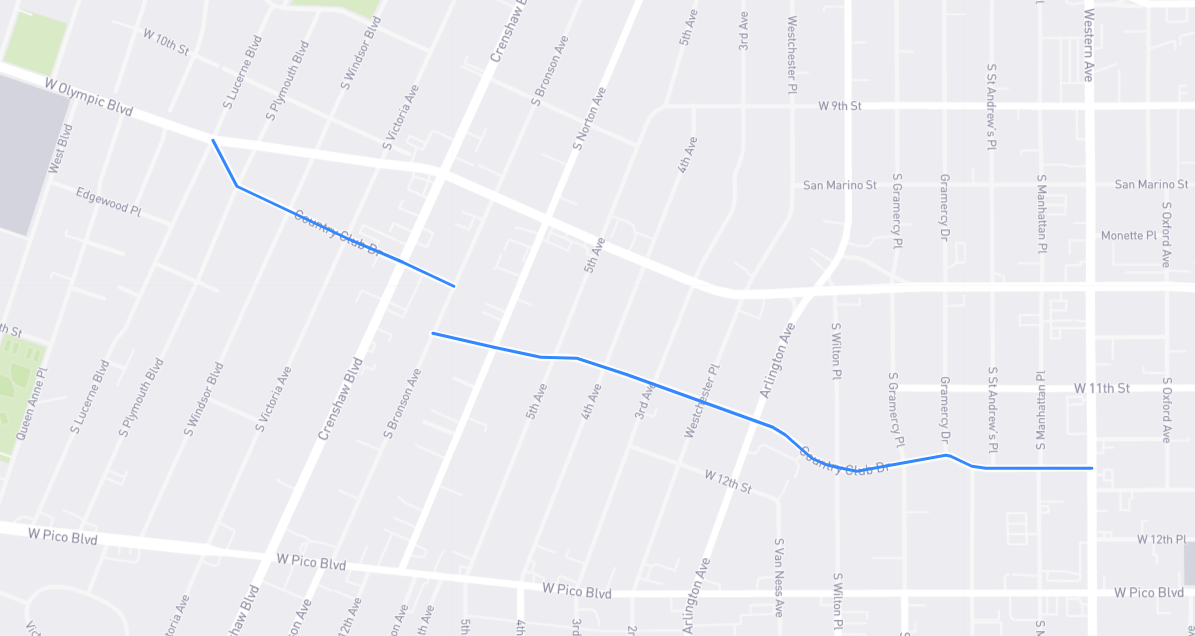