Virginia is such a common name that it’s usually impossible to pinpoint the source for an eponymous street. That said, Virginia Road very likely honors Virginia E. Crenshaw (née Fink, 1857-1937) as it was laid out by her developer husband George and their son Charles on the 1912 La Fayette Square tract. (The Crenshaws had two other kids: daughter Zulah and son Loren.) A native of Illinois, Virginia Fink married George Crenshaw in 1877 in Lamar, MO. In April 1936, after 58 years together, she was granted a divorce from him on the grounds that he had become drunken and abusive over the previous five years. Yet curiously, when she died just ten months later, her obituary referred to her as Crenshaw’s “beloved wife”. For more on the family, see Crenshaw Boulevard. 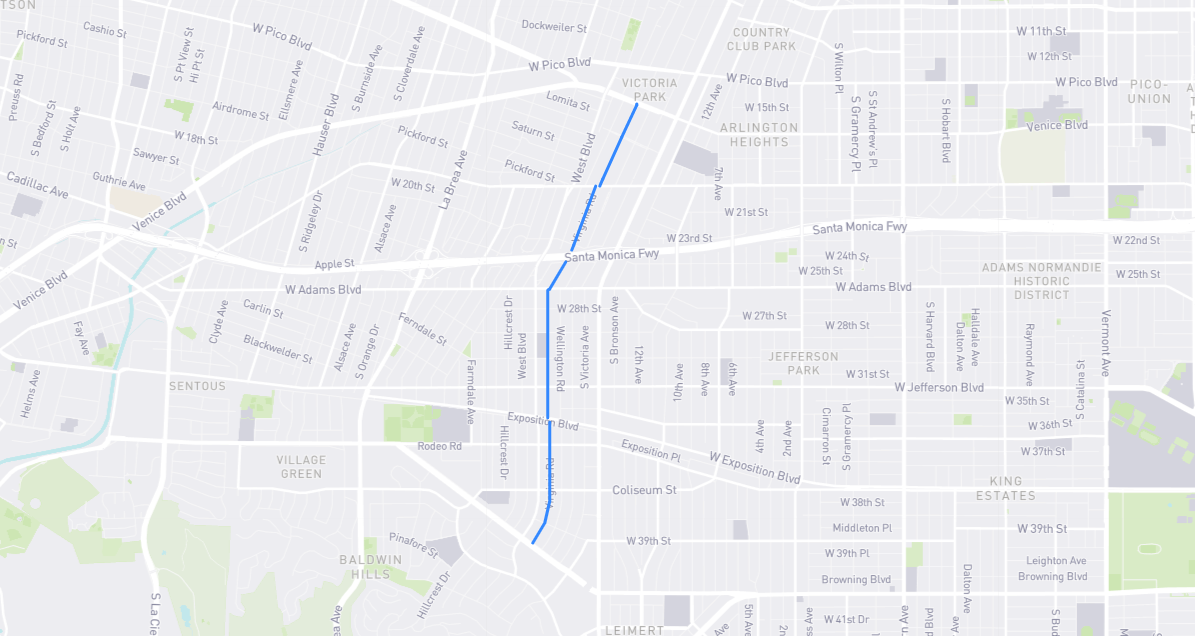