The original Mayberry Street was an 1891 road that ran between Reservoir and Effie; it adopted the name of the smaller Mohawk Street in 1905. Six years after that, a different road called Angelica Avenue became the Mayberry Street you know and love. Here’s where it gets puzzling: two of the landowners who christened this later Mayberry Street were half-brothers Harry H. Mayberry (1867-1920) and Edward L. Mayberry Jr. (1871-1957). Coincidence? Or had their father owned this land all along? It’s unclear. At any rate, Edward Leodore Mayberry Sr. (1834-1902) was a Maine-born Civil War veteran who came to San Francisco in 1869 and became a prominent architect and developer. In 1878, he and his family moved to Alhambra, buying the nearby El Molino ranch three years later; that land was ultimately sold to Henry Huntington in 1903. (Quoth Huntington: “We have bought the Mayberry ranch without exactly knowing why.”) Mayberry Sr. was also known for cofounding the town of Hemet in Riverside County. 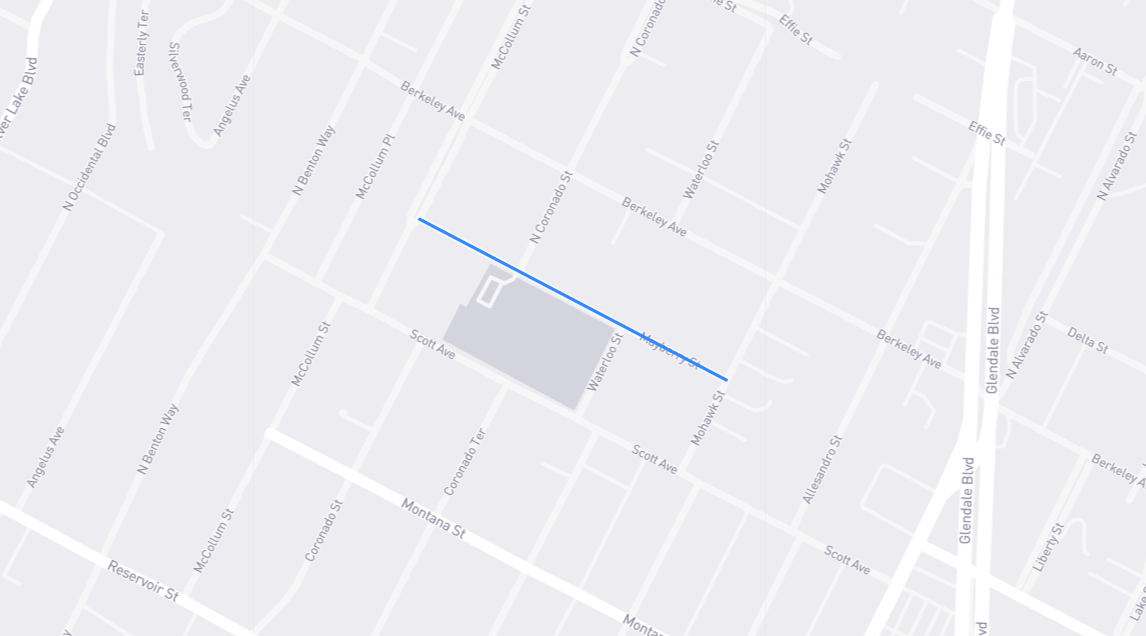