Anyone who loves Beverly Hills’s distinctive tree-lined streets has horticulturalist John Joseph Reeves (1865-1933) to thank. A native Londoner, Reeves brought his family to L.A. in 1891, then to the new subdivision of Beverly Hills in 1908 when he was hired to add life to its barren byways. His boss was urban planner Wilbur David Cook Jr. (1869-1938), who actually laid out the future city. Reeves’s vision was to line each of Cook’s gently curving residential streets with a single species of tree; out of creativity or caprice, he wouldn’t match species with street names, e.g., no palm trees on Palm Drive. Reeves worked out of the Beverly Hills Nurseries, a huge facility on Sunset Boulevard that landscaped the city’s parks and many of its private estates. Reeves retired in 1925, two years after this street was named for him. His son Jack also has (half of) a namesake street. 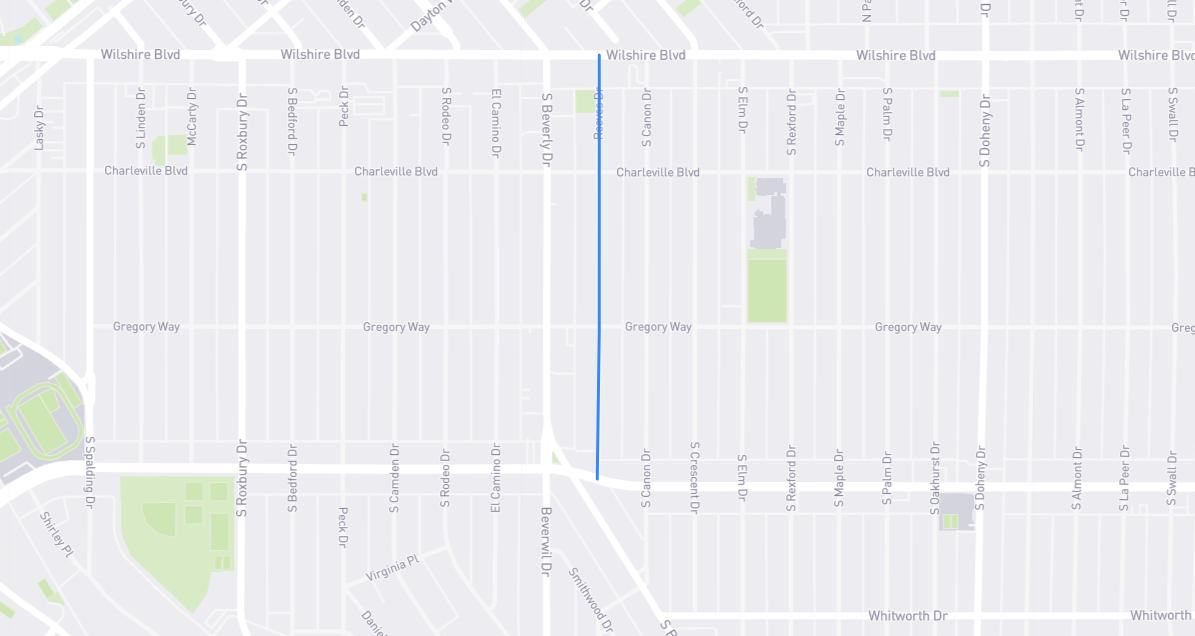